Candace Moore, a Loyola University Chicago alumna and the chief equity officer for the city of Chicago, stands outside Mayor Lori Lightfoot's office at City Hall. The cabinet-level position is designed to advance policies and practices through the lens of equity. (Photo: Lukas Keapproth)

On many days for the past two years, Candace Moore (BA/BS ’09, JD ’13) has reported to work on the fifth floor of Chicago's City Hall, around the corner from Mayor Lori Lightfoot, her new boss. If Moore gets turned around amidst the spiral staircases and marble columns, she only needs to locate the red door with Lightfoot’s name printed squarely on the glass.

Lightfoot foregrounded Chicago’s legacy of racial and economic inequality during her campaign. After her unexpected victory, she hired Moore to head up Chicago’s Office of Equity and Racial Justice. The cabinet-level position—chief equity officer—is brand-new, designed to advance policies and practices through the lens of equity. Moore’s actual desk is tucked into a corner, past a long line of cubicles. On that desk sits a pink coffee thermos that broadcasts her intentions: “Peace, Love & Inclusion.”

Lightfoot and Moore knew each other only in passing before the former was elected this past May. In the aftermath of that win, campaign staffers reached out to Moore, wondering if she might help guide their education policy planning. She agreed, and in a part-time capacity also chipped in as the inbound administration tried to organize from scratch its Office of Equity and Racial Justice. To that end, Moore led an initial training that attempted to lay out, with some degree of clarity, what equity means in 2020 and how a government should go about operationalizing it. Her loose working definition: Ensuring that all people have what they need to reach common goals. When the position was formally posted, the transition team asked Moore to apply for it herself; the flattering offer came as a modest shock, but she jumped at the chance

A native of Aurora, Illinois, Moore expressed “an orientation toward justice and advocacy” for as long as she can remember. As a child, she was drawn to legal television procedurals, with their clarity and righteousness. Her first adolescent job—as a teacher’s aide for city-wide summer camps—exposed her to the value of a well-constructed government program. (She’d stay on for four additional summers, with increasing responsibilities in the central office.) Moore felt civically connected in Aurora, a working-class city of 200,000. “People in government—the city clerk, the alderman—are your neighbors,” she says. “They are people you went to church with.”

Her progressive inclination was strengthened at Loyola University Chicago, as she dove into student life through the Black Cultural Center (she’d eventually serve as president) and, later, through the Black Law Student Association. On campus, she sharpened her ability to organize meetings and motivate her peers. JD in hand, she landed on the staff of the Chicago Lawyers Committee for Civil Rights, building out their Education Equity Project, which provides direct legal services to students at risk of losing access to education because of racial discrimination, harsh discipline, re-enrollment barriers, or involvement in the criminal justice system. In December 2018, she earned an unprecedented injunction in the Circuit Court of Cook County that halted the closure of the National Teachers Academy, a top-ranked elementary school serving mostly African Americans on the city’s near South Side. Moore considered herself both an advocate and occasional agitator, obsessed with “systems and institutions and how they work.” 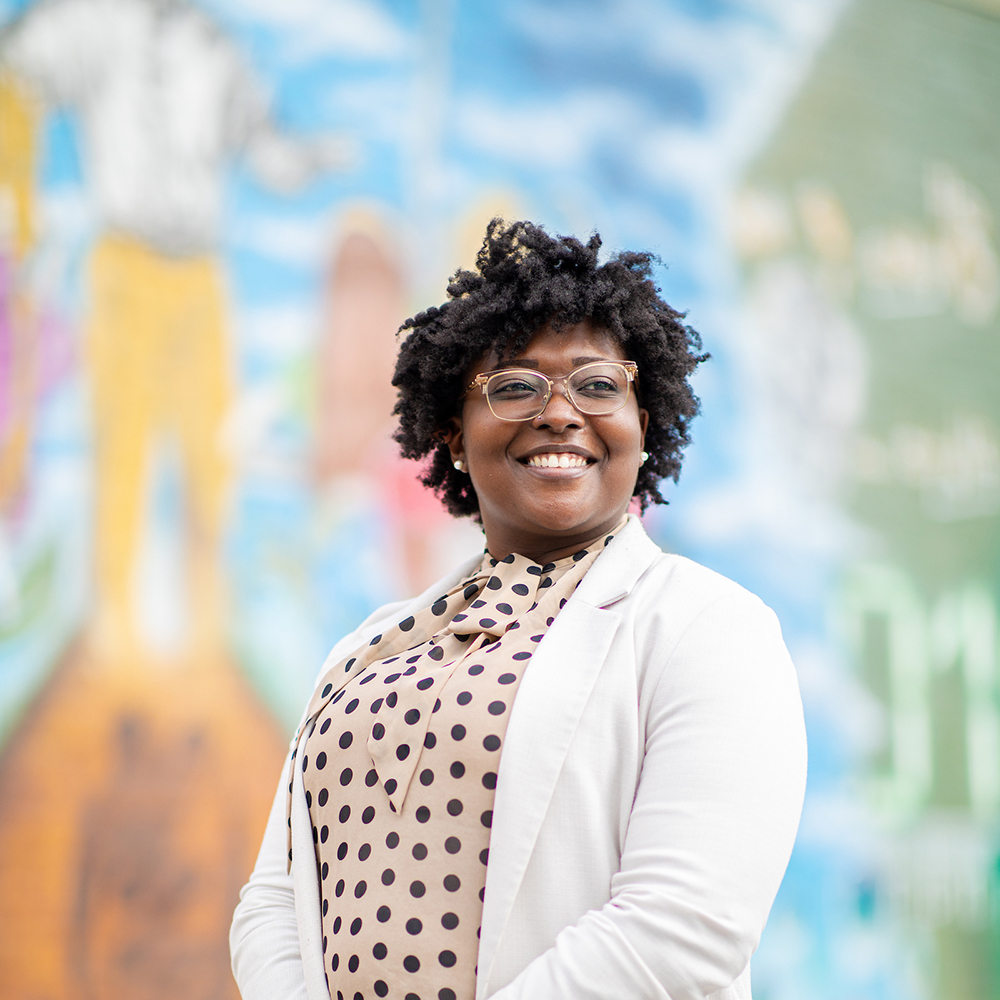 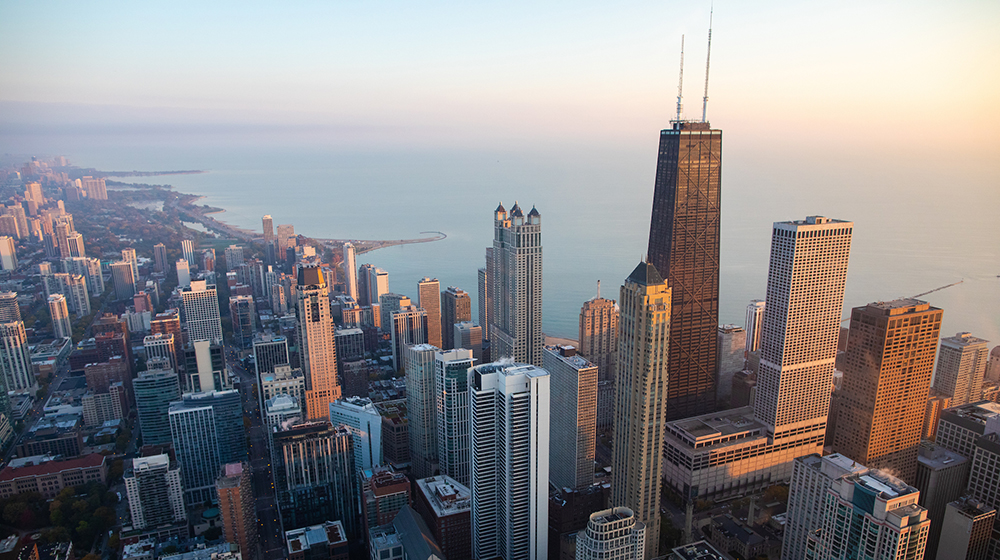 “If we don’t figure out how to do our work differently and how to solve for these things, all we will ever do is triage. That can’t be what this is about.”

A fair shot for all

Cities like Philadelphia, Nashville, and San Antonio have established comparable departments dedicated to closing racial and class disparities on issues like employment, housing, and economic development. (Chicago Public Schools hired its own chief equity officer in 2018, too.) Some of those officials focus on increasing diversity within the ranks of city government. Others study systemic problems and provide policy solutions. Early in her tenure, Moore isn’t limiting herself to either track. She wants to scour data, start dialogues, and examine with honesty the roots of Chicago’s troublingly persistent inequality, especially in historically underinvested communities on Chicago’s South and West Sides. Her goal is to develop “a muscle for equity” in the city, whether in hiring, service delivery, or resource allocation. “If we don’t figure out how to do our work differently and how to solve for these things, all we will ever do is triage,” she says. “That can’t be what this is about.”

The task at hand feels overwhelming at times—as it would for anyone, much less a newcomer to a government bureaucracy serving more than 2 million people. The firehose flows freely. “Equity should be everywhere, so there’s a real danger that you’d just get pulled everywhere, into every conversation,” Moore says. “The biggest challenge is figuring out how to manage what is a massive need, right? And how to make choices about where you will spend your time.”

To ease some of that stress, Moore reminds herself that she alone can’t fix all the challenges plaguing her adopted hometown. “That always has to be up to all of us,” she says. “Our victories and our failures, we own collectively.” It also helps to work for Lightfoot, who Moore considers a model boss, someone who is stretched in a hundred directions yet still manages to be “intentional about giving people her time and her attention.”

Moore is certainly logging backbreaking hours, though, surveying policy research to get up to speed about the disparate problems her team will inevitably evaluate. Establishing work-life balance is a pesky item on her to-do list, one she doesn’t expect to check off in the near-future. Filling this role in Chicago’s municipal life, and for an administration who shares her values, is well worth the sacrifice. Every so often Moore finds herself wandering through those gilded City Hall corridors, pausing briefly to take it all in. “Being here is fascinating—there’s so much that happens. All of the city’s biggest issues come through this office,” she says. “There’s really nothing quite like it.”

of Chicagoans live below poverty line.

The top 1 percent of Chicagoans earn more than $600,000 annually. Meanwhile, about 21 percent of people in metro Chicago live below the poverty line. (Source: Crain's)