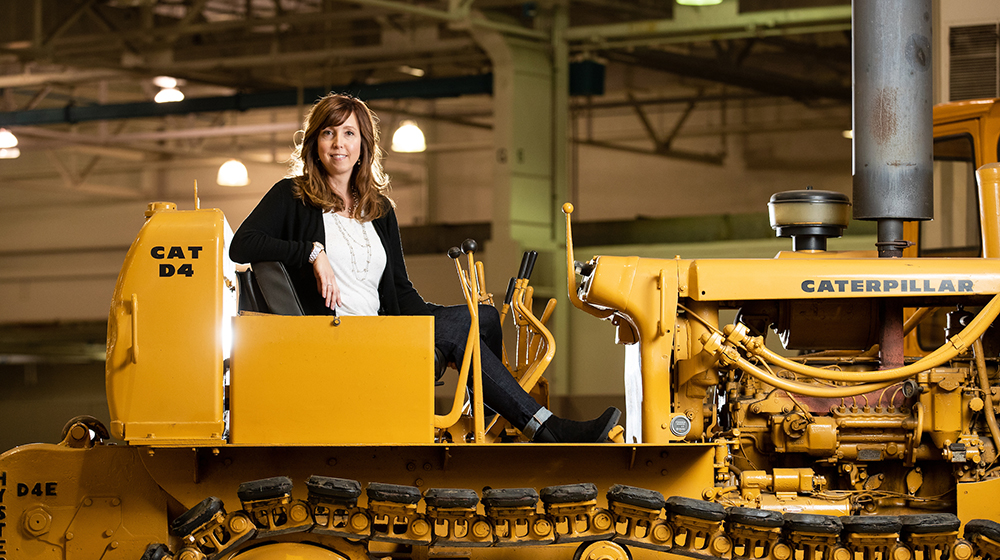 Michelle Cygan (BA ’18) was a working single mom when she decided to enroll at Loyola University Chicago to complete her bachelor's degree. Thanks to the School of Continuing and Professional Studies, Cygan earned her BA in three years and used it as a springboard to a promotion in her job at Caterpillar, where she is a Workers' Compensation Paralegal. (Photo: Lukas Keapproth)

Getting a degree later in life can be a challenge, but Loyola helps adult learners reach new heights

Throughout a 20-year career as a paralegal, Michelle Cygan (BA ’18) always had it in the back of her mind that she wanted to go back to school for a bachelor’s degree. But her associate’s degree had been enough to get by, and she wasn’t quite sure how she would make it work. Cygan was already juggling being a busy single mom with two sons, and she was hesitant about taking on student debt of her own while saving for her sons’ college education.

But when she found Loyola’s School of Continuing and Professional Studies (SCPS), Cygan realized that getting her degree was a real possiblity. As Loyola’s home for adult learners, SCPS offers bachelor’s degrees and certificate programs for working adults, preparing them for today’s dynamic workplace. When Cygan started researching options for completing her bachelor’s degree, SCPS stood out for making education both accessible and affordable, and its commitment to a transformative experience for its students.

“There’s so many colleges and options out there, but when I think of Loyola, I think of excellence, of prestige. My late grandma had some health issues and her physician was at Loyola, so I knew their reputation and quality,” Cygan says. “And then after researching, Loyola’s flexibility and affordability made it a no-brainer [to choose SCPS]. I earned my associate’s degree from a respected university in Chicago, and that was one of the schools that I looked at to further my education, and they were just not as flexible as Loyola. In fact, at Loyola, I was able to transfer the maximum amount of credits.”

"There’s so many colleges and options out there, but when I think of Loyola, I think of excellence, of prestige."

Cygan’s employer, construction equipment manufacturer Caterpillar, has a program that offers tuition assistance to employees, but Loyola was not initially on their list of approved schools. Cyan was so confident that it was the place for her that she worked with her manager to get Loyola added to the tuition assistance program. Loyola’s SCPS Fellows Program is designed to support these company tuition assistance programs, and provides grants that match employer contributions to tuition. Students are nominated for the fellows program by their employer, which is why it was essential for Cygan to get Loyola onto Caterpillar’s list of partner schools.

“The financial burden of paying for college was intimidating and worrisome. My son was going to graduate from high school the year after I would graduate from Loyola, and normally, as a parent, you’d be thinking about saving for college for him,” she says. “The fellowship made college manageable. I think it would have prolonged [my studies] if I didn’t have it. And at the end, graduating debt-free, it made all the difference.”

Cygan started her degree in 2015, and three years later she graduated with a bachelor of arts in management. Since then, she’s earned a promotion and taken advantage of new opportunities at the office, like helping with the company’s website redesign and offering input on a department restructuring—all based on skills she gained from communications and human resources classes at Loyola. Cygan’s goal was to better contribute at the office and advance her own career opportunities—and she was able to do it all without incurring crippling student debt thanks to the supportive environment at SCPS. 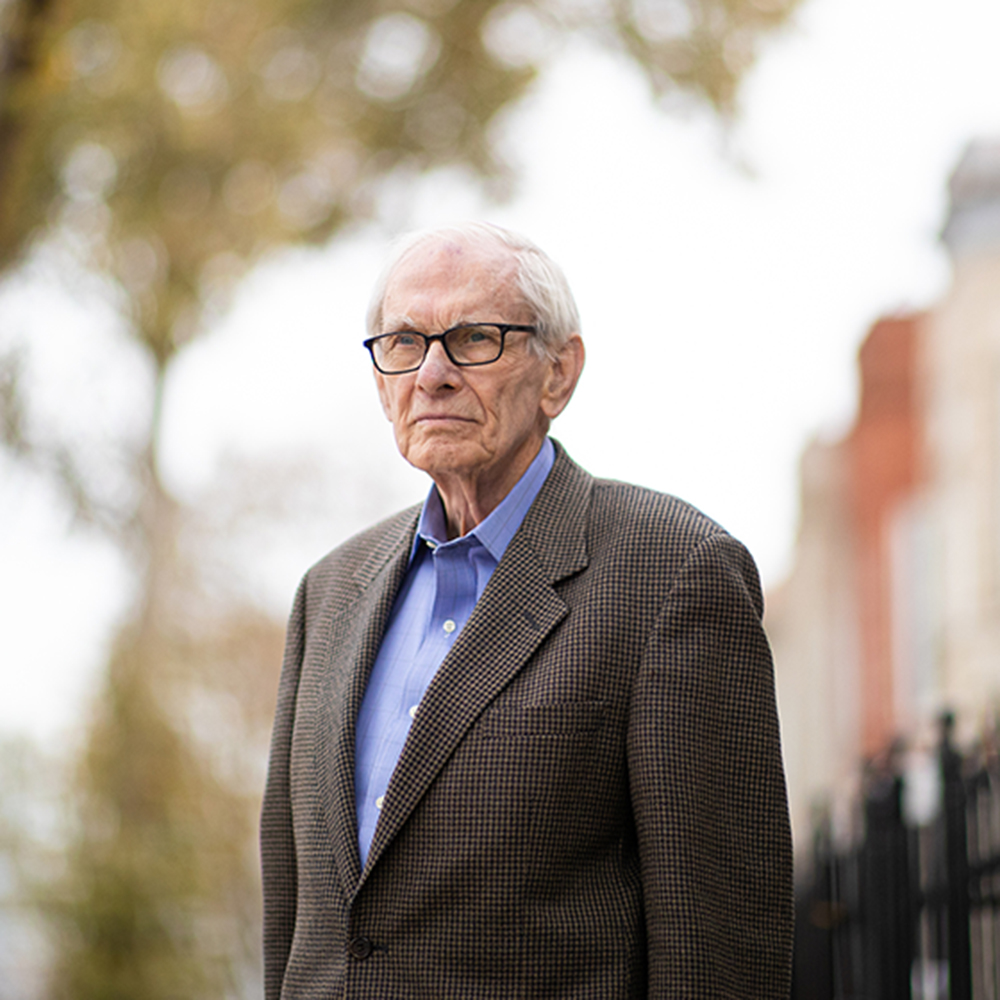 Loyolans have worked to making housing policies more fair and to break up malicious segregation in one Chicago neighborhood. Read More. 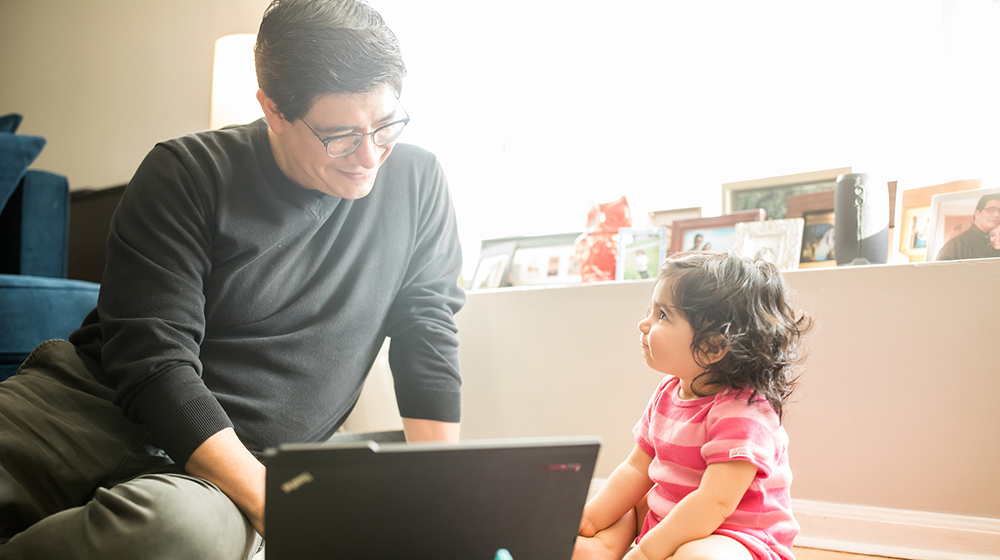 Adrian De La Cruz is among the many working parents who have found a way to make a Loyola degree achievable while juggling a full-time job and caring for children. (Photo: Lukas Keapproth)

SCPS caters to adult learners with evening, weekend, and applicable online courses, and scholarship and financial aid packages. SCPS students—many of whom work full time and have children—don’t have to rearrange their lives or finances to get their degree. And for students like Cygan, who come in with associate’s degrees or other previous education, SCPS works with students to transfer as much credit as possible, and also offers what they call a prior learning assessment, which factors in work experience and applies it to certain courses for additional credit.

SCPS student Adrian De La Cruz also knows a thing or two about juggling a busy schedule. He balances classes with his full-time job at NEC Display Solutions and family life with his wife and daughter, who is almost two. He works in customer service at NEC, which provides display screens for airports, movie theaters, and the like worldwide. De La Cruz is an operations manager for the Latin American region, but has his eye on a CEO role in the business world in the future.

“I remember looking at a human resources org chart in one of my classes and seeing the progression of roles up to CEO, and joking to my wife that I was only a few levels away,” he says. “Now, that seems very real to me; it’s very achievable. I don’t fear it and understand well what it takes to be able to succeed in a CEO role, based on the education that I have had at Loyola. I know my managers are looking at me and saying, ‘This guy is at a different level.’”

“What we do for our students really does answer that call that the university has for supporting social justice, precisely because so many of our students are ones that don’t have the usual advantages,”

De La Cruz, who will graduate with a BA in management in May 2020, also volunteers as an SCPS ambassador, acting as a mentor to first-year students. He recently received the Loyola President’s Medallion and the Order of Lincoln Student Laureate Award from the Lincoln Academy of Illinois, both in recognition of his personal and professional accomplishments while at Loyola.

Already a nationwide leader in online education, SCPS has been ranked eighth nationwide among online bachelor’s degree programs by U.S. News and World Report. Looking ahead, there are plans to develop more technology programs, as well as continue to research and offer a more real-world, applicable curriculum. Non-credit programming, such as bootcamps, is also in the works for people who may not want to enroll in a degree program but still need to bolster their skills.

“What we do for our students really does answer that call that the university has for supporting social justice, precisely because so many of our students are ones that don’t have the usual advantages,” says Jeanne Widen, interim dean of the school. “We really strive to make it possible for students to be positioned for success—whether it is a single mother, the students who grow up without financial resources, students who are first generation, students from underrepresented racial and ethnic groups—we transform lives for people for whom higher education is not a given.”

Of SCPS students are married, working full-time, or have dependent children