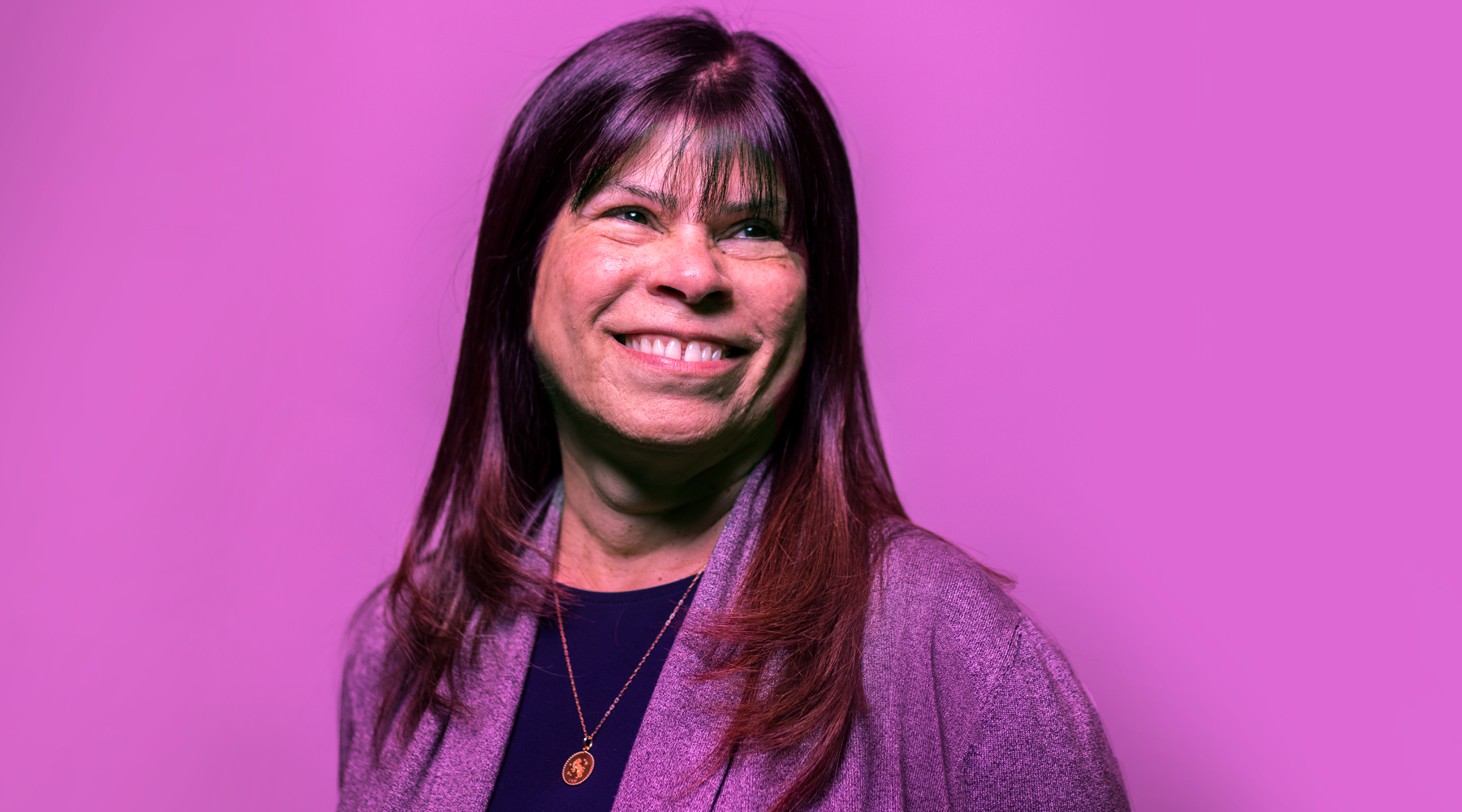 A study in evolution

Terry Grande, PhD, has always believed in teaching students to be critical thinkers and collaborators. She's been teaching comparative anatomy at Loyola since 1992, and in her current role as graduate program director for the Department of Biology Grande mentors 12 students in their study of the evolution of fishes. She is currently researching sound perception in fishes, and whether or not fishes with those adaptations are evolutionarily related. Grande is passionate about encouraging more women to pursue careers in STEM fields. While there have been more opportunities for women in the field than when she first started more than 25 ago, she believes it is important for women to work together and continue helping each other succeed. Here, Grande talks about some of the difficulties women face in science and why we should encourage more women to pursue careers in STEM.

Who or what inspired you to get into your field?

I've had a few incredibly wonderful role models who’ve continually encouraged me throughout the years. My field is male dominated, but the women in my field have been very encouraging. What women tend to do in my field is deeper than just saying words of encouragement; they become collaborators and they help you fine-tune your research. If they know of an opportunity for you, they'll call you up and encourage you to apply. And I don’t see a lot of men doing that, to tell you the truth. But women in my field do that. They’re always looking for opportunities to help other women to shine.

How has Loyola influenced or supported you in your career?

What I like about Loyola is this balance between research and teaching. I love to teach, and I love doing research. I didn’t want to be at an institution where if you didn't get your grants, they turn off the lights, or a place where there’s so much teaching, you couldn't get your research done. Loyola has a nice balance for both and has always been supportive of me throughout the years. 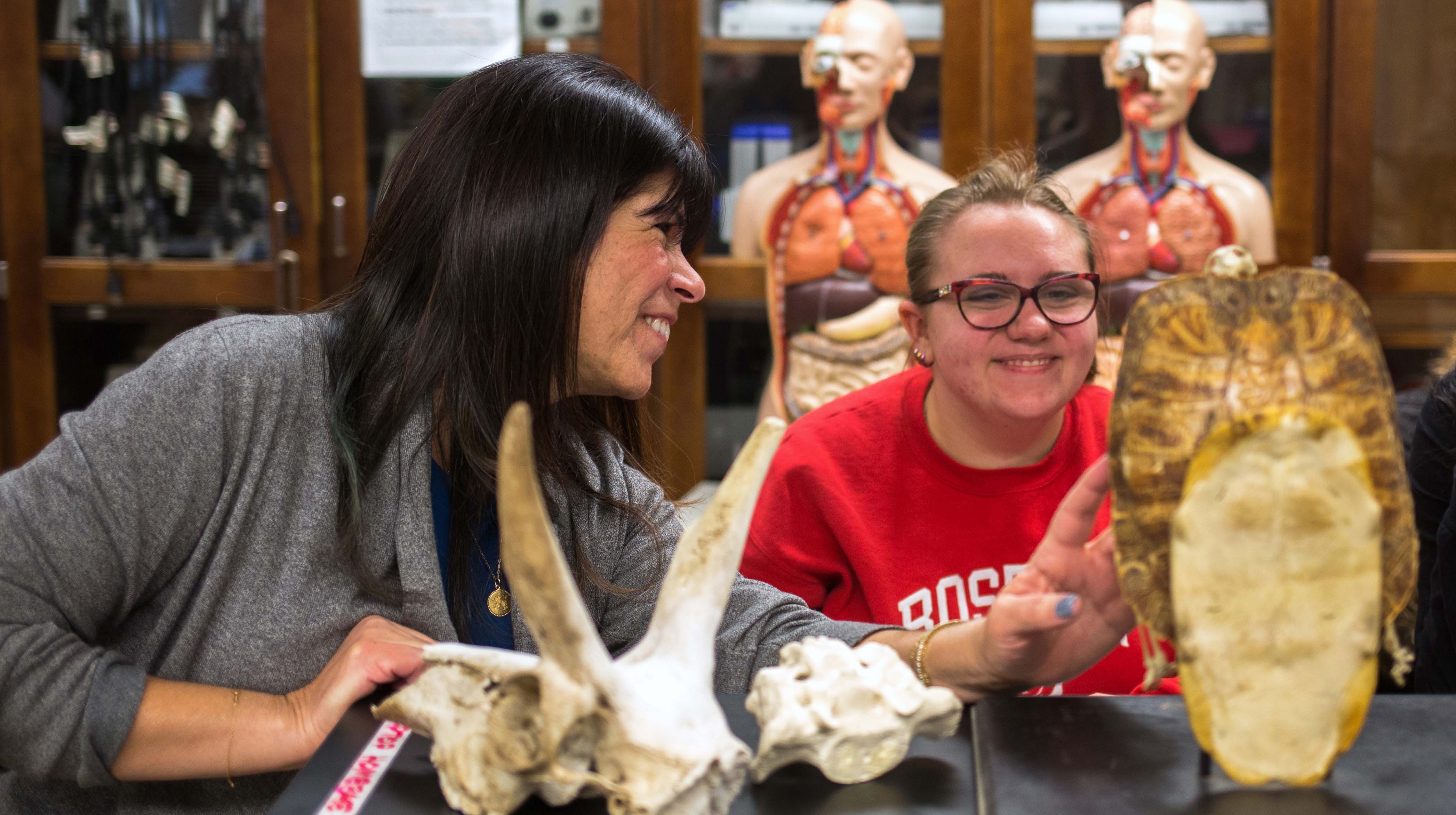 Role Model Biology professor Terry Grande, left, asks her comparative anatomy student Sarah Wohler to identify parts of a turtle during a class in the Quinlan Life Sciences Building. Grande credits her own strong female role models in helping her succeed in her field. Photo By Lukas Keapproth

I think women in the field often migrate to other women. We’ve published together, we’ve presented at national meetings together—I have more of a collaborative approach to teaching where I anticipate that when my students graduate we will be collaborators. It’s not just a student/faculty relationship. I expect them to transcend me and go on to greater things but at the same time be colleagues when they’re finished.

I think my lab might be a little more difficult than a lot of other labs because I don’t tell my students what to do and how to think—they have to develop their own projects within this realm of evolutionary biology and fishes or lower vertebrates, and then I mentor them through their project. It really becomes their project and they take ownership of that project. I believe we should teach students how to be scientists, how to be independent researchers, and most importantly, how to be critical thinkers.

It’s important because there are so few. I think we’re gaining traction, but so many women are undergraduates in science and then some decide they don’t want to pursue it as a career. We have to move women into higher positions because women give a different perspective on things, and they won’t be taken seriously until they’re among the people who are making decisions, making policy, and promoting other women. It’s not easy being in this field—it’s not easy getting grants, constantly publishing, trying to balance all of this stuff, including home life.

“I believe we should teach students how to be scientists, how to be independent researchers, and most importantly, how to be critical thinkers.”

Has it been difficult to have a work-life balance?

Yes. I have all of these toys in my office because when my kids were out of school, they came here. They didn’t go with my husband, they came here. I was the one who picked them up, I was the one who rearranged the schedule. Plus, trying to get tenure—even under the best conditions when you have a fantastic partner, it is hard. When my kids were in grammar school around 2 p.m., I’d start worrying—was it my day to pick them up from school? If it wasn’t, are they going to get picked up on time? It was fantastic being here at Loyola because the schedule was flexible as a professor.

I think things are getting better but I think there’s a ways to go. That’s why we’re pushing so hard and can’t give up. My two daughters, for example, don’t understand. I’ll say something and they’ll say “Oh ma you’re such a feminist.” And it’s almost as if it was an insult. They didn’t have to worry about the things that I had to worry about.

When I started off as an assistant professor or in graduate school, I would never wear nail polish because it would be considered feminine and not serious. Now I wear nail polish, but I wouldn’t do anything like that back then. It was “if you want to move into science you couldn’t be feminine because you wouldn’t be taken seriously.” There were a lot of obstacles back then but it’s getting better. We need to always remember where we’ve been, and continue to push the boundaries to move forward.