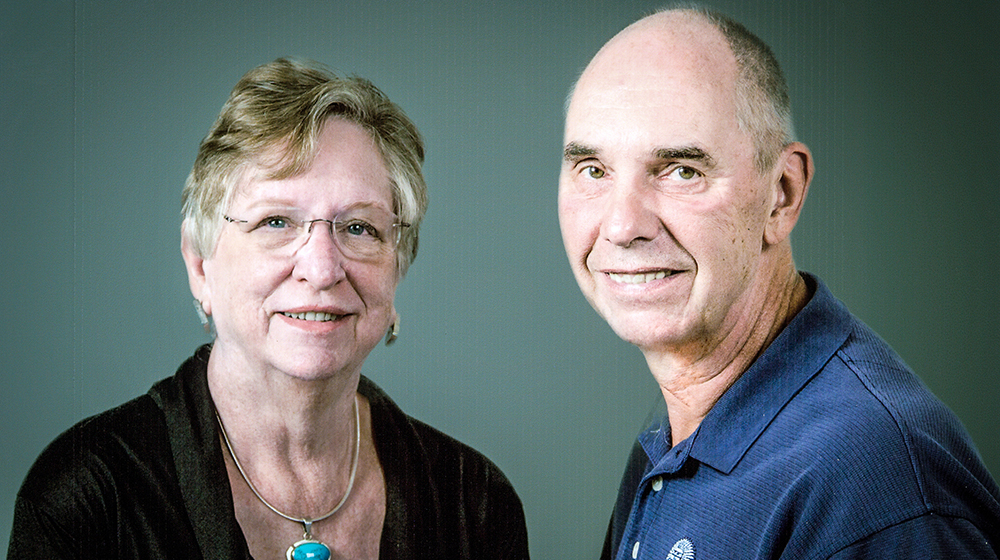 Thousands of miles away in Sun City West, Arizona, Peggy Bell (BSN ‘86) enjoys the warmth of retirement alongside her husband, Tom. A retired nurse and educator, Peggy worked in the health care field for nearly 37 years, caring for patients in the intensive care unit, teaching nursing students, and directing Indiana University's RN-to-BSN program. Her career has taken her from coast to coast, shaping her along the way. As she reflects on her professional journey, Peggy recalls one moment in particular that transformed her approach to nursing.

She was completing her Bachelor of Science in Nursing (BSN) as part of Loyola University Chicago’s Marcella Niehoff School of Nursing’s RN-to-BSN, a new program at that time. During her clinical rotations in an intensive care unit, Peggy remembers taking care of a patient with Guillain Barre, a rare disorder in which the body’s immune system attacks a person’s nerves, eventually leading to total paralysis. Her patient had been on a ventilator for five weeks. Peggy presented a care conference for the patient, during which a neurologist asked, “What do you think the patient’s most important goal is?”

In that moment, Peggy admits that she didn’t know. “I knew as a nurse how to take care of this patient, but I didn’t know his goal,” recalls Peggy. That’s when the neurologist told her, “The most important goal for him is to get off the ventilator. You’re wearing him out doing all these procedures.” Looking back on the interaction, Peggy believes it was the turning point in her nursing career, when she recognized what true patient care meant. “Later, when I became a teacher, something I always told my students to do was ask the patient what they want,” she says. “Take care of nursing skills, but also learn about the patient–who they are and what they expect from their experience.”

Peggy recently recalled this moment when she found herself on the other end of care. “I’d been in the hospital for almost three days, and a nurse came in that I had never met before,” she says. “The nurse did what she needed to do, but then she came over and put her hand on mine. She didn’t say it was going to be okay, but I could tell she was looking out for me.”

“To me, Peggy’s education at Loyola represented a transformation that was life-changing, I watched from the sidelines as Loyola shaped her.”

Peggy's deep appreciation for cura personalis, care for the whole person, is why she and her husband enthusiastically support Loyola Nursing. “To me, Peggy’s education at Loyola represented a transformation that was life-changing,” says Tom. “I watched from the sidelines as Loyola shaped her.”

In spring 2020, Peggy and Tom created a generous endowment, which will fund scholarships for students in the BSN Pathway, a new program Loyola Nursing developed in partnership with Loyola’s Arrupe College. “By providing these scholarships, we can provide opportunities for more students to attend Loyola, specifically students from diverse backgrounds,” says Peggy. Through their endowment, the Bells hope that more students can experience the value of a Loyola Nursing degree and its potential to transform a nurse’s career and life.