An Afternoon at (Virtual) Walden 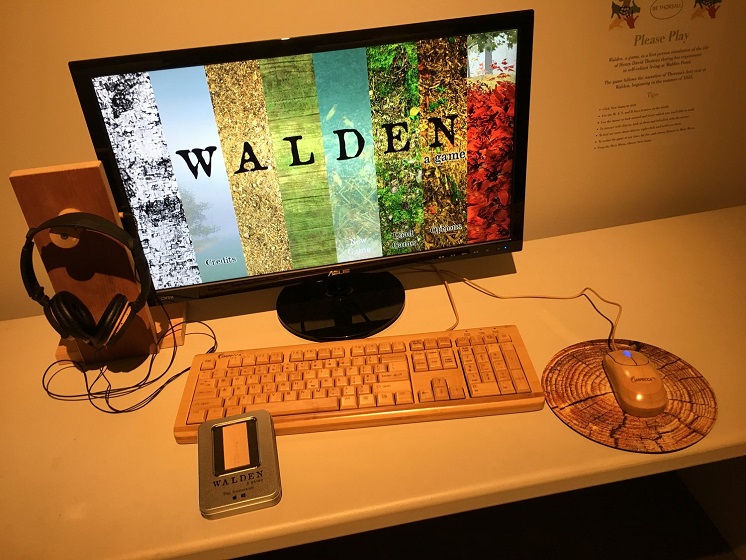 WALDEN ON EXHIBIT AT CONCORD MUSEUM.

An Afternoon at (Virtual) Walden

What does it mean to translate an iconic American text – Henry David Thoreau’s Walden – into a video game? Tracy Fullerton, Director of the University of Southern California Game Innovation Lab, and her team set out to do that with Walden: A Game, which recently won Game of the Year and Most Significant Impact at the Games for Change Festival. In honor of the bicentennial of the birth of Thoreau (1817-1862), one of America’s greatest environmentalists and essayists, Fullerton is coming to Loyola for a panel discussion about the game on Monday, November 13th, at 3 pm in the Klarchek Information Commons, 4th Floor.

Walden, A Game is a six-hour, exploratory narrative that begins in the summer of 1845 when Thoreau moved to the Pond and built his cabin there. You follow in his footsteps, surviving in the woods by finding food and fuel and maintaining your shelter and clothing. At the same time as you strive to survive off the land, you are encouraged to explore the beauty of the woods and the pond, which hold a promise of a sublime life beyond your basic needs. And, you can interact with characters from Thoreau's life including mentor Ralph Waldo Emerson, sister Sophia Thoreau, editor Horace Greeley, activist A. Bronson Alcott, naturalist Louis Agassiz among others.

The event is sponsored by the Center for Textual Studies and Digital Humanities and the University Libraries.