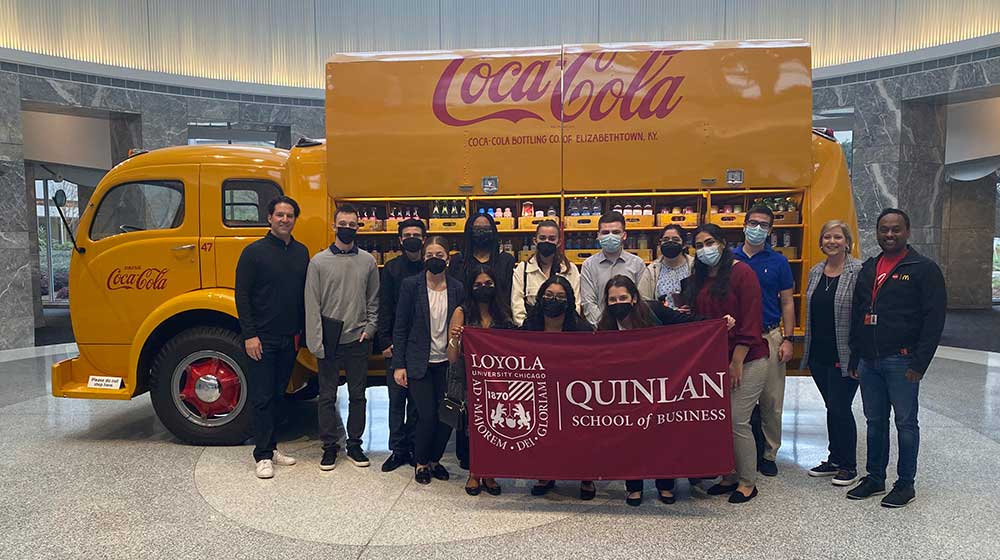 We had the opportunity today to visit Coca-Cola headquarters. As soon as we stepped inside the Coca-Cola headquarters, we were impressed by the interior design, which had been meticulously planned down to the smallest detail. Everything in this office is related to the beverage, from the sign above the entrance to the walls with embossed prints and words related to Coca-Cola. We also got to see the office in the condition that Robert Woodruff left it. He was the company's CEO for a long time, and he was a remarkable businessman and philanthropist. We also listened to the presentation and learned why Coca-Cola is so much more than just a beverage.

We then went to the World of Coca-Cola. There, we interacted with various exhibits, tested drinks from around the world, and learned about the legendary beverage brand's glorious history. We also had pictures taken with the iconic polar bear, learned about a secret recipe, and had the opportunity to visit a Vault Room, where we saw everything from antique vending machines to authentic Olympic torches.

We went to a Coca-Cola Theater near the end of the tour to watch a mini-video about the happy moments in people's lives. Overall, we discovered that Coca-Cola has evolved from a simple beverage to a symbol of something greater. It's an adventure. Coca-Cola does not sell a drink in a bottle; instead, it sells "happiness" in a bottle. We are all convinced that Coca-Cola's success is mainly due to its emphasis on brand rather than the product. This company unquestionably represents the expansion of American business and its international reach. It's also a symbol of friendship and refreshment all over the world.