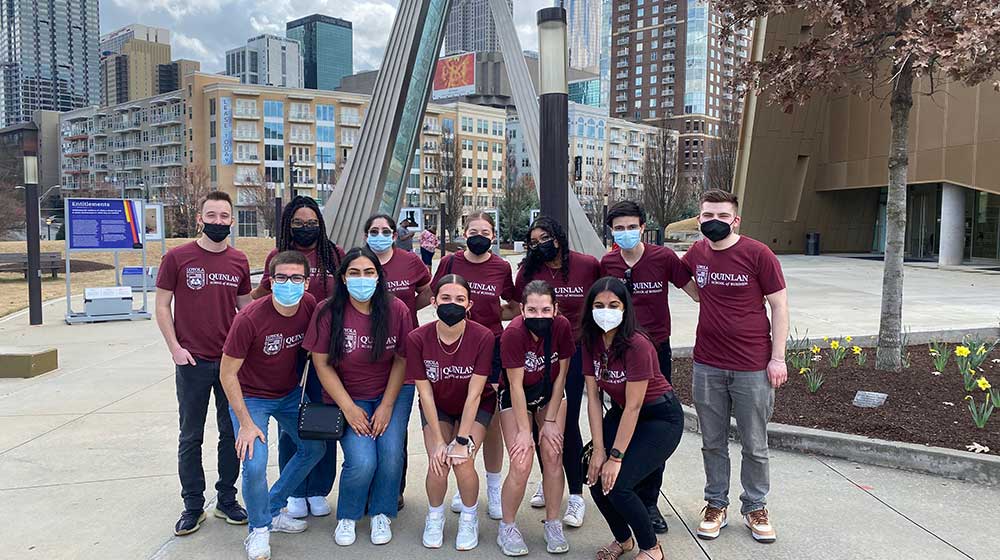 Today in Atlanta we had our first official group trip! We visited The National Center for Civil and Human Rights, which detailed the struggle of various rights activists and movements since the founding of America. The museum spanned 3 floors, each with its own time period. In the basement, we saw Rev. Dr. Martin Luther King Jr.’s handwritten letters petitioning the government to undergo radical changes to improve racial equality. Being able to see his physical documents (mistakes and all) really humanized Dr. King, who can often seem like a distant and archaic figure. The first floor then illustrated how the movement has grown, which only helped to visualize how entrenched some of these social justice problems are and how long they’ve been at the forefront of the American psyche. I participated in a mock sit-in where you sat at a counter, put on earbuds, and heard voices haranguing you, trying to disturb your protest. It was meant to recreate exactly what those who engaged in civil disobedience felt. The final floor introduced contemporary human rights issues, like problems with environmental destruction, agricultural slave labor, and oppressive dictators. It was all meant to demonstrate how these issues still afflict our society today–human rights are not a thing of the past.

This morning, Veronica and I took electric scooters to Target (and Publix!) to pick up some travel-sized toiletries, so I was already familiar with the program when someone mentioned we should explore the Ponce City Market. It was this massive indoor shopping center, where we ate lunch (I got Cuban)  and walked around for a bit. The weather was beautiful, so we took a stroll along what I can only describe as the Atlanta equivalent of the Mag Mile. It was genuinely a gorgeous day overall–one I’m glad I wrote about so I can preserve forever.