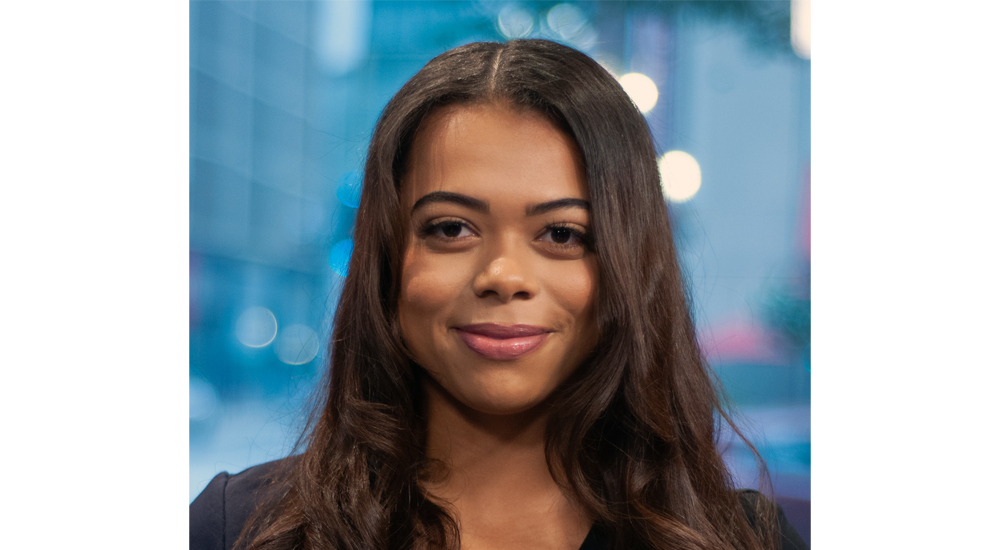 First of all, how are you doing?

I’m ok. I’m living with my family. I’ve been wearing a mask for other people’s safety and for my own. There are a ton of people who don’t wear them, but I have friends and family that have immune deficiencies, so I think it’s important to stay protected.

It’s been hard for everyone to stay indoors. It limits the activities you can do. I don’t even want to go outdoors now because of protesting. But you can protest in a peaceful way online. I’ve been more wary of the political climate than the pandemic at this point. Some protesters don’t wear masks and I don’t want to bring anything home to my family.

Can you elaborate on your point about the political climate?

There are some things I don’t agree with. I’m biracial, I’m half white, half black. There are some experiences I’ve had with my own family, because I’ve been raised in a mostly white family. I live on the North Side, and people are getting angry and getting more violent, rather than just protesting. It’s unnecessarily destructive. For people of color, and people with families, it’s a safety hazard. I think that people forget that there’s a pandemic happening as well. You can’t just act like it’s free reign and you can go anywhere you want. There’s still a pandemic, and we don’t even have a vaccine.

How has your transition been to online working/studying?

Overall, teachers have been really good at communicating. One of my communication professors assigned our final the week before spring break, because we were already doing so much in terms of participation for the class. He said it would be a six-part final, we were working on it each week leading up the due date. It was unique and kind of open-ended. It was really project-driven.
I’m also a tour guide at Loyola and they asked me and other students to help faculty get familiarized with Zoom, so I found that a little worrying. One of the most complicated things is for students to go into breakout rooms, so that was good to learn.

What about the pandemic is the most concerning to you?

When we started becoming aware of it, especially during spring break, there was a lot of shame involved with being sick. People who are sick, even a little bit, feel like they have to stay home. They don’t know if they have the virus, they might feel like they can’t even leave the house to even go to the grocery store. Where I live, a lot of joggers go out without masks. I was training for a marathon in October, and I get a runner’s cough, so I get it. But these joggers are coughing and it makes me wonder, do they have that, or are they actually ill? So to avoid them, I go out into the street, but then I worry about getting hit by a car. A lot of it is just getting your head screwed on right and trying to be really careful. You have to be ready for the unknown.

How have you stayed focused and motivated during this time?

The first two weeks of online classes, I had a brain “smog,” not even fog. I needed to wake up and give myself enough time to be fully alert when I went to class online. I had trouble prioritizing my time. I’m huge into fitness. I release dopamine when I run, I love going to the gym. I had to get over not being able to do that, and I had to push past my procrastination. Mental health is so important. We should embrace being homebodies. Being aware of what you need to stay well is really important.

I took my health for granted before. I would touch my phone all day and not use hand sanitizer. You don’t have to be a germaphobe, but to think of it more graphically is helpful. As much as people want to socialize in large groups, it speaks volumes if you can hold yourself back from that. We need to learn how to be restrained, not even necessarily for your own safety, but for one another’s safety as well. You can’t take it personally, you have to realize that your actions, like just sneezing or standing too close, can affect other people.
I don’t wear my headphones anymore when I go outside, in case a runner comes up behind me. I try to be more aware of my surroundings, especially now with the current political climate as well.

Have you felt comfortable leaving the house much at all?

I go for a drive every day with my mom. My mom is part of an essential business, so she takes me with her and we go to a drive-through Starbucks. We use Amazon Prime and Target to get groceries delivered. The prices are going up on everyday items, like salad dressing and flour, and that has been really shocking. Of course there’s been a meat shortage lately, so that’s been tough too.

What do you think about the meat shortage?

I don’t think it’s going to be as scary as people are saying. Meat prices are rising, and in lower income areas, I think it affects people a lot more. Some meat plants have acknowledged that their workers have gotten the virus, so that’s good that they’re admitting it. I know it uses a lot of water to produce even just something like a single hamburger patty, so it would be good if we could adjust to not using as much meat.

Is there anything LUC or the SOC in particular could do better to support and communicate with our students?

I think the SOC does really well in communicating with students. It was heartbreaking to hear about the damage to the Convergence Studio, and to Lu’s Deli. The newsletter from the SOC and the letters from the President of Loyola have been really helpful to see what’s happening at the school. There are so many unknowns and figuring out how to re-open the school is really hard. Seeing the newsletter showing ways to share our stories has been really nice. It helps make the SOC feel like a small community within the larger Loyola community.
We do need to put more emphasis on mental health at the university. I don’t really know how we would roll that out, but the Wellness Center could help with that. I think student mental health needs are going to skyrocket in the fall and we have to be prepared for a higher demand for services.

I’ve been really paranoid for the past couple days and I haven’t been getting much sleep. I hear an ambulance or a siren pretty much every other hour. Given the Jesuit value is to care for yourself, care for others, and care for your community, I think we’re seeing that even while people are in quarantine. Whatever your political beliefs, I think we need to keep that Jesuit value in mind. The Jesuit heritage is one of the things that attracted me to Loyola in the first place. Those values carry into the classroom. When I tell people I go to Loyola, people always comment on that aspect of the school and express admiration and acknowledgment of those values.


Interview by Genevieve Buthod. Edited and condensed for clarity.