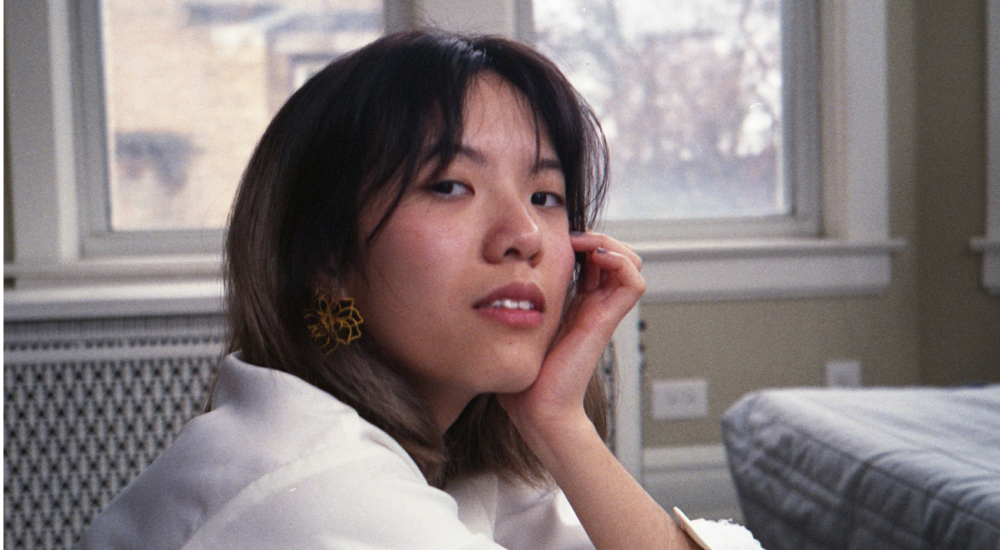 I’m currently alone in the U.S. It's just me. I don’t have any family here. Since the entire thing began, my parents and I have been in very clear communication, but at the beginning it was very uncertain whether or not I was going to go back to Hanoi because our main thing was my lease for my apartment at that time in January was going to be up in May. We had already talked about me moving into a different apartment for senior year and that would mean I was scheduled to move around April… as it got closer, I knew it was not going to get any better. So, the first thing was just to focus on moving because that was the immediate thing that we could decide.

You’re an international student, you’re alone, you’re not with your family, you’re unable to ask for help because of how you are as a person. The connections that you’ve made in the past three years, they haven't been strong enough for you to say, “Hey, could you help me move my entire life from one apartment to the other?” A lot of times it felt like it was just me.

After I moved, I just stayed in my apartment, and it was nice, because I needed the better headspace away from everybody, but at the same time, it was just me in my apartment watching everybody leave. At this point, all the domestic kids had started going home as well like everybody not from Chicago was moving back to the different states as well. It wasn’t just my international friends. I also watched Loyola decide to shut down… All that stress escalated from the day that Loyola started shutting down…

Why did you want to stay in the U.S. instead of going home?

Because as an international student, your visa comes first, your education comes first, your purpose for coming to the U.S. comes first. And it’s a different situation for every single family but for my family, which was a little more career-orientated, it was very important that I did something that was the best for my education… I watched my international student friends, freshman and sophomores, basically pack up their entire lives into boxes and put them into storage and book the next $1,000 ticket home… Other students couldn’t question that they were going home, and as fortunate as I feel I am with not having to pack up my entire life and fly across the world in a week, I still had to pack up my life and move to a whole new apartment by myself during a week and subsequently watch Chicago start shutting down and then watch all my friends leave the state… My parents wanted to secure my educational and career future on top of what would be best for my health. I don’t want to get on a plane right now … I don’t want to be in a quarantine camp in my own country for two weeks. You don’t really see it on the news… but I am proud of my country. Our system is literally giving free healthcare for everybody, free food, free check-ups. The moment you enter the country you’re in quarantine for two weeks for free. And we’re keeping the numbers low, but obviously the conditions aren’t great. You’re coming home to basically a military camp… And then, I would have to take classes from 2 a.m. – 5 a.m. because of the time difference. I understand why I’m staying here, but at the same time, I can’t help but feel lonely because I’m here, I’m safe, like everyone else here, but we’re all experiencing different degrees of loneliness, of uncertainty, and of safety as well… What if I do catch it and I’m all alone in the U.S. with my [crappy] student insurance and my parents aren’t here?

How do you plan on staying focused and motivated during the ‘stay-at-home’ order?

I’m grateful they gave us a week and a half to settle down. I started my classes yesterday… The international student office has been helpful for the students who had to pack up and move across the world in basically the span of a week in a half… I’ve had some time to chill and not think about school. But, when classes started back yesterday, I did feel a whole leap of anxiety… I don’t have friends to resolve my stress with immediately after class. I don’t have the human interaction that I can feel the energy from. I’m very much an extrovert; I need human interaction to feel motivated.

I’ve been trying to let myself feel the feelings and listen to them. I sit with them, I ask them what’s wrong, and when I’m ready, I try to let them become whatever they need to be. I get up, I force myself to wash my face, change my clothes, cook for myself. I try to talk to people as much as possible even if it’s just sending sad memes about how we’re on Zoom. I try to check on my senior friends, and we try to Facetime. Even the theater department is trying to schedule a virtual happy hour for students on Zoom. Everybody’s doing a really good job checking on one another… Everything I’ve been holding on to and looking forward to is uncertain. I don’t know what's going to happen. I’m here, but it’s also like is everybody going to come back. Are classes still going to be online?... Everything in my life is still running, but there’s no cut off - there’s no two more weeks and it’ll be summer or two more weeks until the musical. My birthday is in a month and I’m turning 21, so it’s probably just going to be me in my apartment with my friends on Zoom, pumping a beer. So, I don’t have much to hold on to right now, if I’m being honest… I know I’ll wake up tomorrow and be like what can I do today? But you really must take time and just be sad.
Sharing is what’s going to keep us together. The more we stay together in the ways that we can the faster we’ll get through this. We can socially distance ourselves but be emotionally connected.

It’s depressing but it’s something we know we need to do.

My country is doing well… People only know us because of the American-Vietnam war which is why it isn’t really on the news… We have almost nothing compared to the U.S., but our government is stepping up. We were able to keep it at only 16 cases for four whole days. We were on lockdown, we were monitoring everybody, all for free by the government. There was an incident where an international student came home and was infected. The numbers skyscraped. Despite that, the next day the government got to work… They’re handing out food to people who are quarantined at home for free… They’re quarantining people for free… So fast and efficient, so human. It didn’t matter how the economy would be affected… I’m proud of that, and I hope other countries can learn from mine… I think there’s a lot to learn when a government is able to focus on the safety of the entire country instead of worrying about the economy or whatever. We need to wake up. What can we do right now to keep everyone not just the financials of our world safe?

I’ve also seen a lot of people online saying care about the elderly and to not hoard stuff. There’s this stupid toilet paper thing going on, but there’s also this compassion where people are saying help the elderly out.
People are really talking about racism, as sad as it is, at least people are realizing that racism is a thing now. I think there is compassion in the chaos right now, even if it’s not enough.

Interview by Sydney Owens. Condensed and edited for clarity