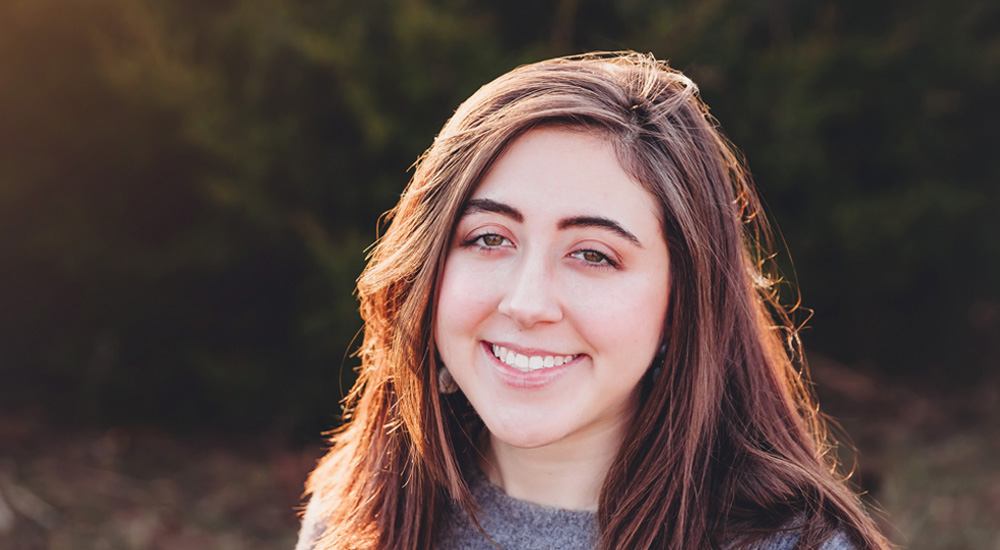 What was your reaction to finding out about the university closing the campus?

Honestly, I was kind of shocked that it was going to be [closed] through the end of the semester.
At the beginning, one of my friends goes to school in Minnesota and she said her classes were going online until the second week in April or something like that. So it was like, oh, we'll probably do something like that. I was kind of shocked that it went to the end of the semester at the time, but now I'm like, that's really necessary. It was the right decision to go online for everyone's health and the sake of our actual lives and health... I was shocked at first though. It didn't even feel real. I went to my last in-person class that day.
So I stayed in Chicago for a little bit after classes went online, and then, my family decided it would just be better if I came home just so we could all be together.
That was around the time everything at WLUW kind of came to a slow down because there's no more on-air DJs right now. We're just doing an automation system… Since all the buildings [are] closed down, this is the only thing we can do at this point. So I wasn't too concerned about not being able to go in for my show anymore because it already wasn't a thing. Which is kind of a bummer.

How is it being back home?

It's kind of weird. I feel like I'm on break sometimes, and I shouldn't have to do work.
It kind of reminds me of being in high school again, even though it's so much different… The workload is a lot different than it was in high school, and I'm not leaving the house to go to class or go to a job. So it just feels odd.
I have two siblings… They're both in online classes too because they're both in high school. My brother is a senior and my sister is a freshman. They've just been doing their thing and their online classes. My brother actually had his voice lesson today because he's in choir at his high school. So I heard him in our living room, singing. His instructor was telling him what to do, which is weird. So everyone's just kinda in each other's business, which is fine. Like I'm sure we get on each other's nerves, but I do love my family. So it's nice to be able to spend time with them, given the circumstances.

What do you miss most about Chicago?

I really miss, well… I love spending time with my friends there. Though, most of them aren't in Chicago anymore.
I don’t know. It's just such a good city to live in. I honestly miss taking public transportation and leaving my house. I miss being able to take the train places, go get coffee somewhere, do normal things, but I can't.

How has your transition been to online classes?

It's been really weird, honestly. I feel like I'm less motivated to like to do things… so I do a lot of my work kind of last minute.
None of my professors really know exactly how to transition online because no one's really had to do that before either. So it was just kind of a learning process for everyone. It's nice because I feel like all of the professors, at least who I meet with on Zoom, are pretty understanding about everything and want things to go well and will do anything they can to help the class learn in more of the same way that they did in the actual classroom setting, which is really nice. I feel like Rex [Huppke] is doing a good job of making sure everyone's okay, we can always talk to him and have resources that we need.

My mom re-posted [something on Facebook], because she loves this kind of heartwarming type thing, but it was about how there was this old lady in a grocery store, and she was sitting down in one of the aisles, freaking out and crying. People are just walking all around her, literally not even paying attention to her. And this woman who wrote the Facebook post walks up to her and she's like, “Do you need help? Are you okay?” The old woman said, “I'm so freaked out by everything that's going on. No one's helping me. People are just shoving me through the aisles, and it's so scary.” And so this woman helps the old lady grocery shop, talks to her in the grocery store and treats her like a person. She really just showed her a lot of kindness, paid for her groceries and drove her home and now they're friends.
I don't know if that's a real story, but just like that kind of mentality where I feel like a crisis can either bring out the very worst in someone or the very best in someone. I feel like humans are just such social creatures. At the end of the day, we really want a good connection with another person, and we want to help out in whatever ways that we can.
Just the other day, I went to go pick up pizza for my family, and we all four got personal sized  because we all like different things. But they forgot my brothers. I went back to the place and I called ahead and told them that I didn't get it… And they gave me a large pizza. For no reason. So just little things like that are really nice to see, even though they're small.

Do you think we’ll learn anything from this situation?

I hope so… I feel like this is a good way to show people that we really need health care reform in this country. We need to change some things about how we deal with crises and how we treat the people that we call essential workers, but they don't get paid $15 an hour. Just things like that.
I also hope that people just take less for granted the things that we can do on a daily basis that we're so used to. Just going out for coffee with a friend is something that I love to do all the time… And now, I literally can't… it feels like that stuff is always going to be there and then it's not.. like going to the grocery store and getting exactly what you needed and not having to search through shelves that are falling apart basically.


Interview by Sydney Owens. Condensed and edited for clarity.