The seal is comprised of the Loyola family’s coat of arms, which depicts two wolves grasping a suspended cauldron. The imagery refers to the prosperity and generosity of the Loyola family who, after feeding family, retainers, and soldiers, had food enough to feed the animals. The field of seven stripes (from lower left to upper right) represents the seven Loyola brothers from the maternal side of the family, who distinguished themselves in battle in the 14th century. 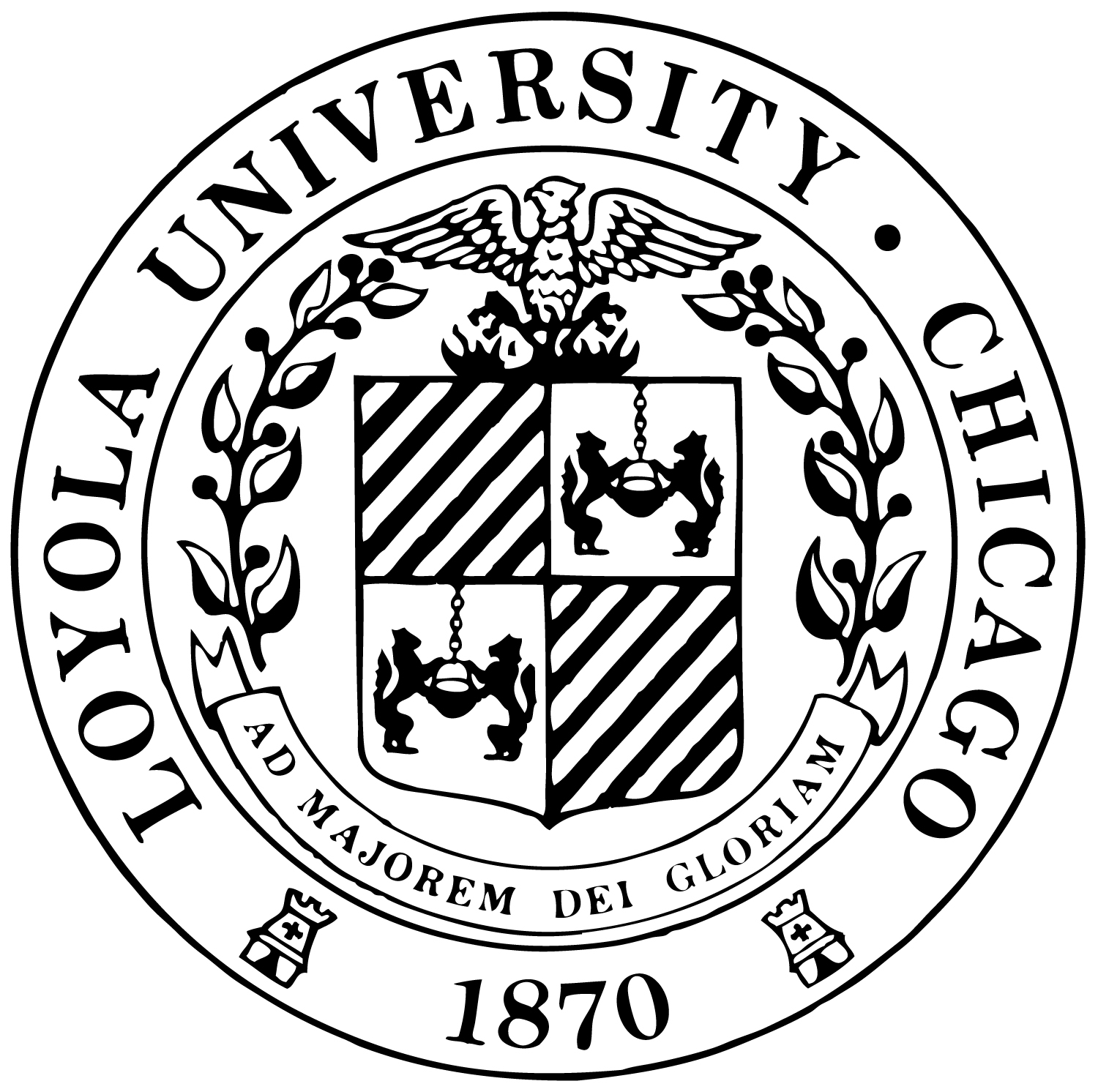 A black phoenix arising from red flames holds two golden keys, and golden laurel leaves encircle the shield. At the base, the Latin motto Ad Majorem Dei Gloriam (“For the greater glory of God”) is inscribed in red lettering on a silver scroll edged in gold. The peripheral band is maroon, edged in gold, displaying “Loyola University, Chicago” between two towers, with the year 1870—the year of the University’s founding as St. Ignatius College—in the base, all in gold. (The college was chartered as a university in 1909.)

The seal of the University is used only in legal documentation, proclamations, and highly honorific materials, such as diplomas. It should not be used without authorization from University Marketing and Communication.