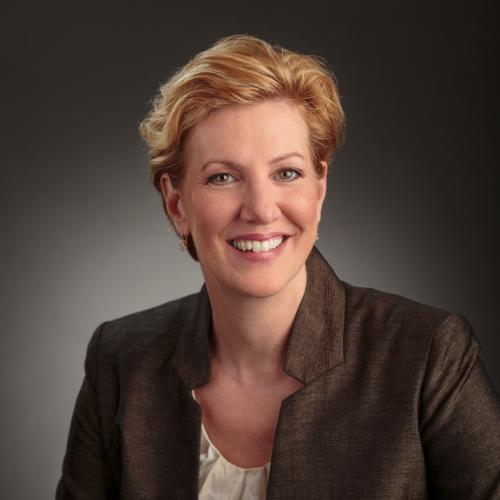 Wendy DuBoe is a seasoned executive who brings more than 20 years of transformative leadership experience in local, national and international markets in both the non-profit and for-profit arenas. She has designed innovative strategies, operated complex organizations, transformed business models and led people through change. Her creative, results-driven, optimistic and encouraging leadership style has put several iconic organizations onto new pathways and built a multitude of sustainable partnerships and collaborations.

Wendy has deep knowledge of the non-profit, human services and community landscape in Chicago. She is strongly dedicated to advancing social justice, civic engagement and humanitarian causes. She is passionate about innovation and comfortable creating new initiatives.

For six years, Wendy served as President & CEO of United Way of Metro Chicago (UWMC) – the largest private funder of human services in Illinois and a major franchise of United Way World Wide, which is the largest non-profit in the world. In this role, Wendy worked with staff, volunteers, donors, civic leaders and the community to modernize the organization and maximize the impact of its roughly $55M raised annually. Prior to that, she led the organization as the interim CEO and held the positions of Chief Operating Officer, Chief Community Investment Officer and Chief Strategy & Integration Officer.

With these new approaches and during a very challenging environment, Wendy was able to raise and diversify the top line, while restructuring the organization toward best in class UW operating metrics. She also invested in digital marketing systems, significantly reduced pension fund liability and launched UWMC’s first state-wide public policy agenda and legislative advocacy efforts.

Wendy joined UWMC in 2003 to play a pivotal role in the regional merger of 54 local affiliates into one metropolitan system. She developed the org-wide strategy, designed the consolidation, established the operating policies, unified staff and volunteers, integrated investments and oversaw the operations.

Prior to joining UWMC, Wendy led the Aspen Institute’s internationally acclaimed Seminars Program as its Vice President where she oversaw content, operations, and sales and marketing for the keystone leadership program. Her work at the Institute deepened her previous international educational programming experience gained in her role as a Program Officer at the Chicago Council on Foreign Relations.

Prior to her international educational programming and investor relations experiences, Wendy worked in the international telecommunications industry serving as a Director of Business Development for Ameritech International. Wendy joined Ameritech when the industry was liberalizing and the company was starting to invest overseas. She played a leadership role in architecting the strategy and business development for the European market; managed investment projects; handled external relations, investor relations and public policy; and opened European offices. Ultimately, Ameritech became the largest U.S. service investor in Europe by participating in several telecom privations, and purchasing cellular and data businesses across the continent.

She is a Board Member of the Institute for Nonviolence Chicago. She is also a Member of the Commercial Club of Chicago, The Chicago Network and the Strategic Advisory Committee of Loyola University’s Baumhart Center for Social Enterprise & Responsibility. She was a Member of Rahm Emanuel’s Transition team and a McCormick Foundation Scholarship Recipient for the Corporate Leadership Center’s CEO Perspectives Program.

Wendy has lectured at Northwestern University’s J.L. Kellogg Graduate School of Management, the University of Illinois at Chicago, and Carthage College’s A.W. Clausen Center for World Business. She has collaborated on health and human services publications, telecommunications and economic development policy papers, and counter-terrorism papers.

She loves art and design, languages, writing, travel and adventure, and is conversant in Italian.