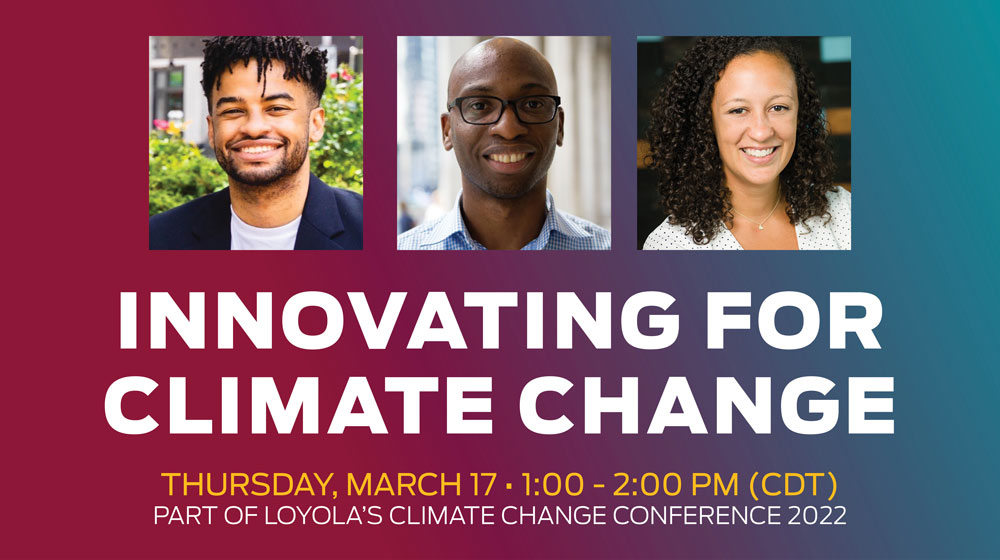 As part of Loyola University Chicago’s Climate Change Conference, the Institute for Racial Justice and Baumhart Center hosted ‘Innovating for Climate Change’ on Thursday, March 17 from 1:00 - 2:00 p.m. (CDT). This conversation was moderated by Shannon McGhee, Director of Community Impact and Engagement at mHUB Chicago, and featured Seyi Fabode, Co-founder and CEO of Varuna Tech and Darren Riley, Co-founder and CEO of JustAir.

Seyi is the Co-founder and CEO of Varuna Tech. He has more than 19 years of experience developing, deploying and investing in technology solutions for the utility industry. Prior to founding Varuna, Seyi spent several years consulting with the leading utilities in the US and in emerging markets on their technology strategy and product development. He was also the Co-founder and CEO of Power2Switch, the first retail electricity and energy efficiency marketplace in the US, a company he sold in 2013. Seyi has his MBA from the University of Chicago Booth School of Business and his MSc in Systems Engineering from Warwick University in the UK. 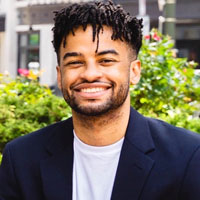 Darren is the Co-founder and CEO of JustAir and aims to bring more transparency to air quality health impacts at a neighborhood-level. Before JustAir, Darren was a portfolio manager at Endeavor, working with a global portfolio of high-growth companies and supporting them through various scaling challenges. He is also a Co-founder of Commune Angels, an angel group united by their shared interest in highgrowth ventures and strengthened by their diverse experiences. Overall, Darren is keen on leveraging emerging technologies to bring about both visibility and solutions to the issues that impact overlooked communities. 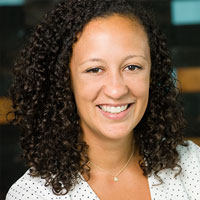 Shannon McGhee is the Director of Community Impact and Engagement at mHUB, where she leads the organization’s focus on reducing systemic barriers to entrepreneurship for people of color and women. She has spent 12 years building grassroots campaigns to connect Illinoisans to critical resources in both the private and nonprofit sectors. She began her career focused on healthcare access at FleishmanHillard, including the rollout of the Affordable Care Act in Illinois as a trained navigator and subject matter expert. After pivoting to economic development, she served in central roles at World Business Chicago and Hawthorne Strategy Group focused on workforce development and access to capital. A graduate of Butler University, she was named to “Crain’s Notable Women in Manufacturing" in 2020. Shannon currently serves on the Ambassador’s Board and Anti-Racism Taskforce at Chicago Children’s Choir and is Chicago Urban League 2022 IMPACT Fellow.