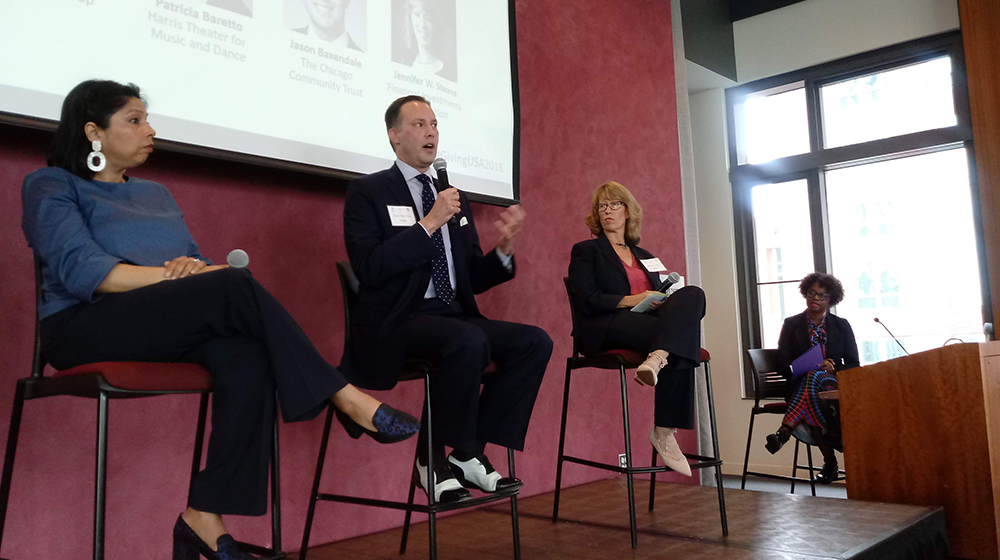 Nonprofit leaders from across Chicago filled Wintrust Hall in June for the wait-listed event As Good as It Gives: America’s Philanthropy Today. The event, hosted by the Alford Group, Lipman Hearne, and the Baumhart Center, explored the climate of philanthropy in America today and the importance of storytelling in fundraising.

The event started with good news: philanthropy in the U.S. is growing, according to Giving USA 2018. The Alford Group’s Sharon Tiknis and Diane Knoepke noted that an estimated $410.02 billion was given in 2017. This is a 3% increase from 2016, with inflation adjusted dollars. Also in 2017, the top 10 donors gave charitable gifts equaling $10.2 billion.

This led to the question: how do the philanthropic wealthy make their decisions? Lipman Hearne’s Colleen O’Grady and Sara Stern began by looking through the personal statements of those who have made the Giving Pledge—an open invitation by Warren Buffett and Bill Gates to the world’s billionaires to pledge half or more of their wealth to charities during their lifetime.

They then presented five megadonor archetypes, and suggested that understanding which archetype best characterizes an organization’s donors can help fundraisers better understand and connect with their donors.

The event culminated with Brenda B. Asare, president and CEO of the Alford Group, moderating a discussion featuring the following three panelists: