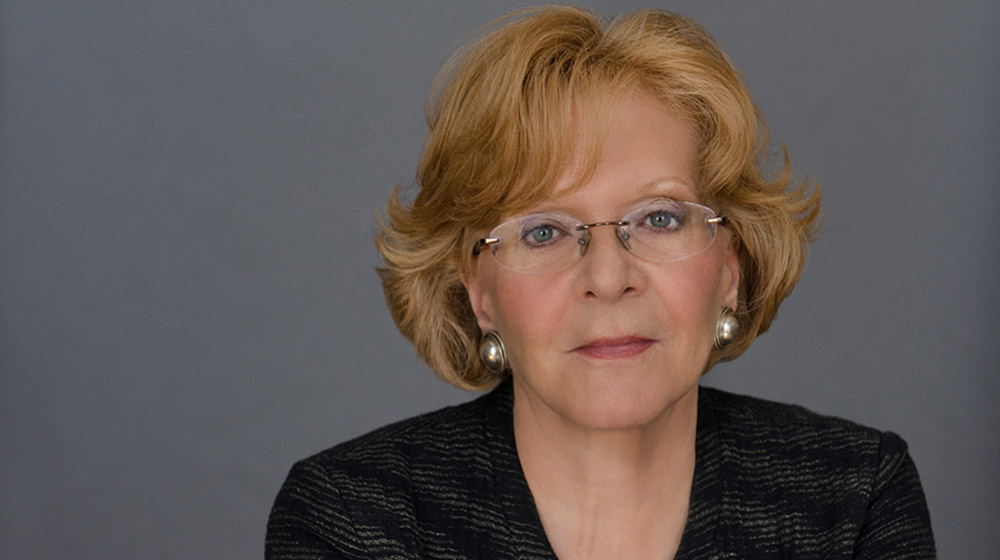 She credits Loyola’s urban setting and its combination of a“diverse set of learners, differentiated by national origin, language, race, color, ability and disability… diversity of thought, lived experience, and perspective” for her socially conscious mindset.

Stasch explained that her “sometimes elusive humility” and “constant respect for the perspectives, the hopes, and the lived experiences of others… has taken [her] to jobs that have as a defining characteristic the ability to combine financial support with the kind of ‘swimming upstream’ that means that [she is] working on the tough stuff to help just a little bit to make the world a better place.”

"As an urban university, Loyola brings together a truly diverse set of learners… [encouraging] critical thinking and empathy, better brainstorming, more effective decision-making and problem solving, and a healthy global outlook that bodes well for the future."

Three years after graduating from Loyola, Stasch became one of four employees at the Chicago-based real estate development firm Stein & Company. Stasch eventually became president and chief operating officer of the firm—growing the staff to more than two-hundred employees and completing notable projects including the Metcalfe Federal Building, Chicago's United Center, and an expansion of McCormick Place. While at Stein & Company, she became nationally known for her work to include women and minorities in the construction industry.

Other positions include leading the Department of Housing for the City of Chicago, serving as chief of staff to Mayor Richard M. Daley, and acting as vice president for US Programs at the MacArthur Foundation, where she directed strategies related to justice, housing, education, community and economic development, and social and economic policy for one of the nation’s largest philanthropies.

As president of MacArthur, she wants to encourage current Loyola students to remember not to “save ‘giving back’ until the later stages of [their] career[s].” In line with the Baumhart Center mission, Stasch believes “a contribution to making the world a better place is not limited to the nonprofit sector.” She emphasized that “more and more corporations embrace their dual role of enhancing shareholder value and helping to secure a sustainable future for generations to come.” She feels strongly that leaders across all sectors must “find a way to make the world more just and demand that others do the same.” She has no doubt that today’s Loyola students will be among the leaders of this socially responsible business movement.