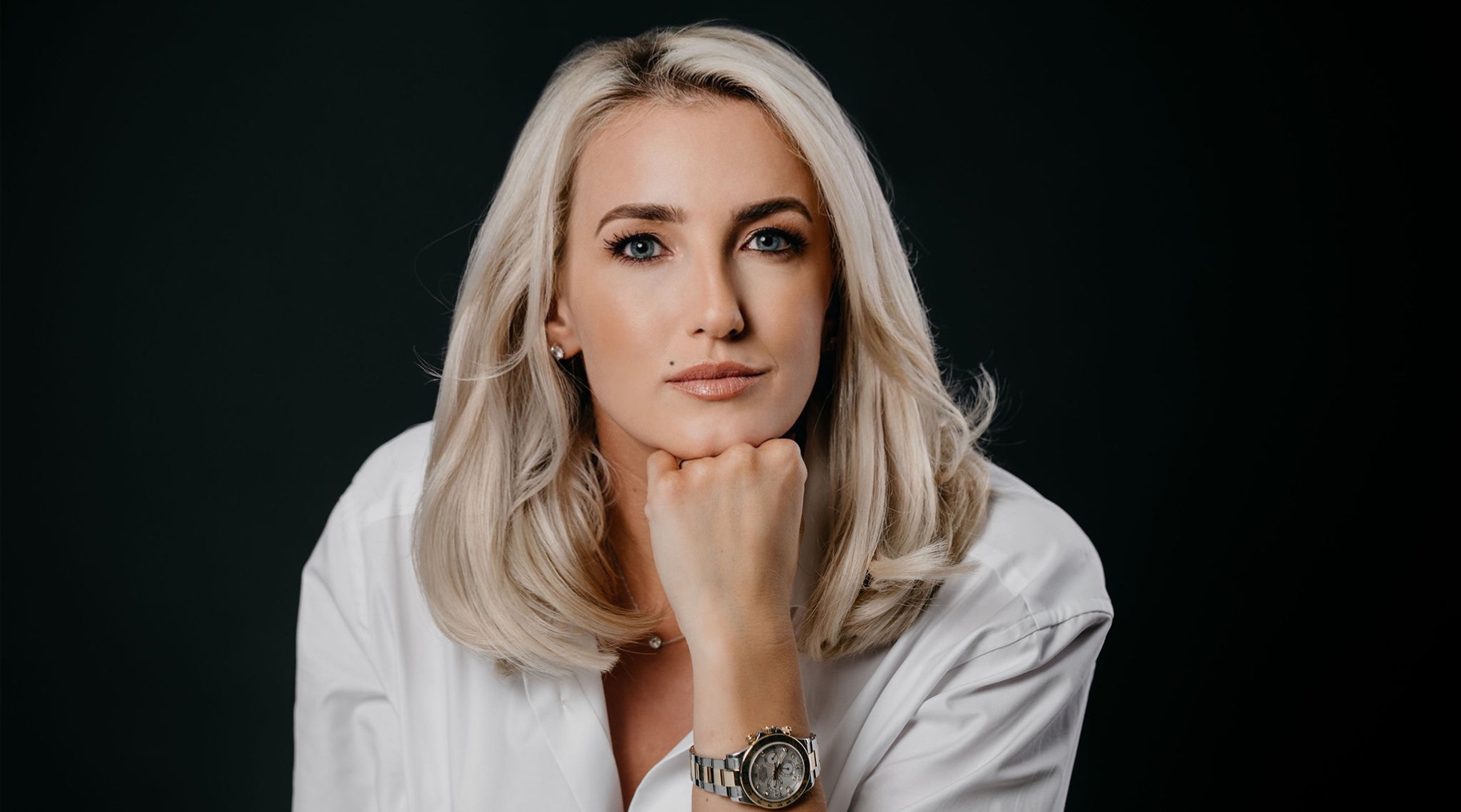 Kelly Cannon, a fourth-generation attorney, views practicing journalism as an extension of lawyering.

When Kelly Cannon (JD ‘16) filed her first story for ABC News during President Trump’s impeachment trial in January 2020, she thought that topic would be the biggest news story in an election year.

But then COVID-19 hit. And her new career really took off.

Today, as a fellow for the Pulitzer Center on Crisis Reporting in Washington, D.C., Cannon works to bring awareness to underreported issues through in-depth, high-impact stories, currently with a focus on issues of equity in the distribution of a COVID-19 vaccine to critical populations. Cannon’s print and broadcast stories have been featured on ABC News, NBC News, Yahoo News, and The Fulcrum.

“Covering these major stories at the very beginning and outset of my career has been a privilege,” says Cannon. “It’s been intense!”

But she says her strong educational foundation from Loyola University Chicago School of Law makes her well prepared to handle anything.

“At heart, both [lawyering and reporting] are trying to understand the other side. Journalism is where my passion and skills meet my values.”

Cannon, a fourth-generation attorney, views practicing journalism as an extension of lawyering. “At heart, both [professions] are trying to understand the other side. Journalism is where my passion and skills meet my values,” she says.

It’s been a zig-zagging road to reporting. After earning a JD from Loyola, Cannon spent two years in London, graduating in 2018 with a Master of Laws degree in international dispute resolution from King’s College. While living abroad, she became acutely aware of a shift in the world order and in the politics at home. With a gift for storytelling and a desire to use her legal and policy experience for the greater good, she began contemplating a career change to journalism.

And in fall 2018, Cannon received a call that would change her life. A mentor she met in her travels abroad, award-winning international correspondent Brent Sadler, invited Cannon to join him and his news-producer wife in Beirut to learn the nuts and bolts of frontline reporting. In spring 2019, the Sadlers helped produce Cannon’s first showreel of clips about the life, assassination, and legacy of Lebanon’s late Prime Minister Rafik Hariri.

Cannon completed a one-year master’s degree program in journalism, specializing in politics, policy, and foreign affairs reporting, at Northwestern’s Medill School of Journalism. She spent nine months as a reporter in Medill’s newsroom in Washington, D.C., before landing her Pulitzer fellowship. 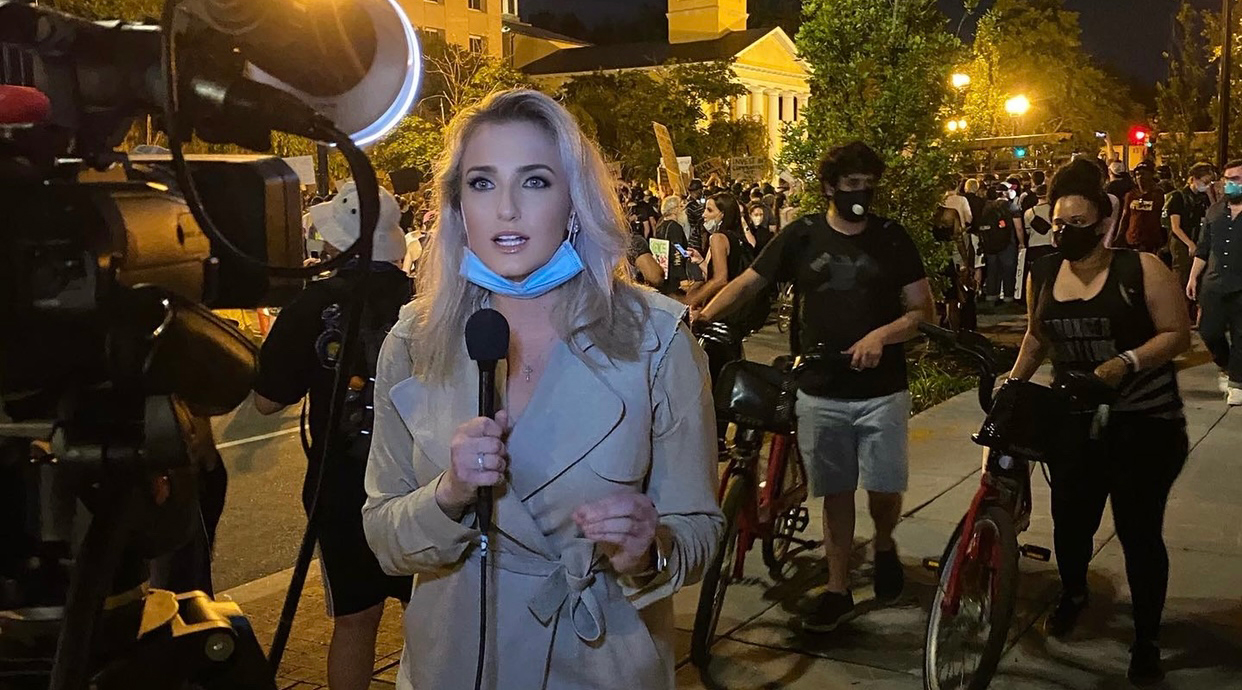 As a fellow for the Pulitzer Center on Crisis Reporting, Kelly Cannon works to bring awareness to underreported issues through in-depth, high-impact stories.

Tribal nations and the pandemic

NBC News published Cannon’s Pulitzer-supported reporting about hurdles and cultural distrust around COVID-19 vaccines in Native American communities in late 2020. Crisscrossing the country to speak to tribal peoples, government agencies, and medical experts, Cannon examines how tribal nations in the United States have experienced the pandemic, including skepticism about taking the vaccine, its equitable distribution, and the daunting logistics of delivering the vaccine to tribal members living on vast and often remote reservations.

“There’s so much riding on tribal communities’ access to therapeutics and the vaccine,” Cannon says, noting that Native Americans are 3.5 times more likely to contract COVID-19 than white people, according to the CDC. “There’s a hesitancy to trust the vaccine because of the historical trauma and experiences the tribal nations have had with the federal government,” Cannon says. “Tribal leaders also expressed concern about their clinical trials—in terms of pharmaceutical companies gathering data, informed consent, and representation.”

One of the biggest takeaways from her reporting, she says, “was learning on a granular level just how much tribal communities have had to take it upon themselves to protect their communities and sacred practices throughout the pandemic. They have faced steep challenges, but individuals at every level in these communities have stepped up.” 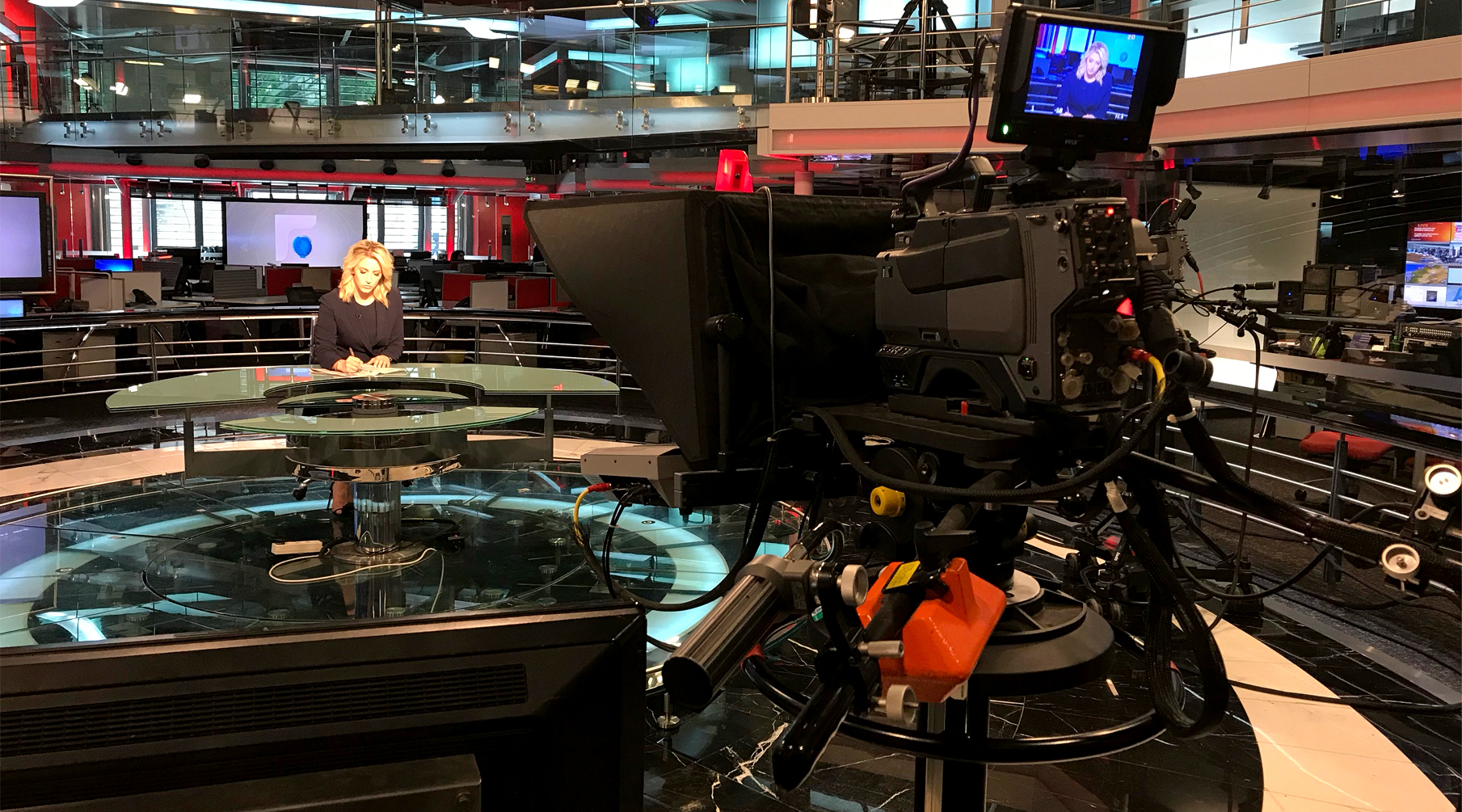 In Beirut, Kelly Cannon learned the the nuts and bolts of reporting and produced her first showreel of clips about Lebanon’s late Prime Minister Rafik Hariri.

As a journalism student, Cannon got to learn from some of the best in the business. She interned at ABC’s This Week with George Stephanopoulos, where she curated background research notes for interviews and roundtable segments and wrote breaking news stories on headliner guests. She also interned for NBC News’s chief foreign affairs correspondent Andrea Mitchell.

“Andrea taught me to keep the human side of a story as a central focus,” Cannon says of watching Mitchell report on the devastating effects of the coronavirus pandemic. She also learned that being prepared for any eventuality was key to good reporting. For instance, on those mornings when the Supreme Court announced major rulings, she’d rely on her legal training and knowledge to guide her work.

“My legal education prepared me to review all the possible cases and all their potential outcomes and write one-page briefs for Andrea so she’d be ready to respond to anything,” Cannon says.

As she reflects on all that’s happened in the past year, Cannon recalls walking past CNN chief political correspondent Dana Bash during the presidential impeachment trial last January on Capitol Hill, thinking, “Am I out of my league here?”

“But then I remembered my time at Loyola—flipping a coin in moot court to see which side of a case I’d be arguing or being prepared to present on any number of cases if I were called on in class,” she says. “I knew I was prepared.” –Carla Beecher

Whether you’re interested in compliance or child law, health care or litigation, or public interest or intellectual property, the Loyola law community will support and challenge you during your legal education—and beyond. Ready to get to know us more? We’ve outlined a few short steps for you. Let's Get Started