An international lawyer and strategist, McInerney has led numerous innovative initiatives to develop and improve the effectiveness of international law and regulation, advance rule of law, and further global development. In his 2015 book Strategic Treaty Management: Practice and Implications, he developed an original framework for understanding, managing, and solving global problems through international law and institutions.

“Tom is an internationally renowned expert who will lead our extraordinary Rule of Law for Development Program with great commitment, conscience, and compassion,” said Michael J. Kaufman, dean of the School of Law. “He is uniquely qualified to build on our transformative work in educating a generation of professionals to go forth from Loyola to build rule of law principles, structures, and practices in developing, transitioning, and developed countries throughout the world. The world needs Tom’s leadership and Loyola’s Rule of Law for Development Program now more than ever.”

From 2009 to 2012, McInerney was director of research, policy, and strategic initiatives for the International Development Law Organization (IDLO), a key international institution in the promotion of the rule of law, and served as IDLO’s general counsel and secretary from 2002 to 2009. He regularly writes and speaks on international law, global governance, regulation, and international development.

“At a time when the rule of law is under siege around the world, I am grateful for the opportunity to help advance PROLAW’s ambitious mandate,” said McInerney. “There can be no greater means of remedying today’s manifest rule of law deficiencies than empowering future leaders to undertake the hard work of building and maintaining legal and political systems that live up to the rule of law ideal.”

McInerney succeeds William T. Loris, who transitioned to the role of founding director emeritus as of July 1, 2020. Since founding PROLAW, Loris has provided leadership in curriculum and program development under the conviction that sustainability of progress toward the rule of law, better governance, and democracy depends significantly upon the quality of the guidance national legal experts bring to the reform agenda. Loyola is fortunate to have Loris’s experience and knowledge to draw upon as he continues serving as a PROLAW faculty member and stays involved with the program in his new role. 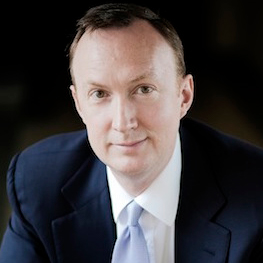