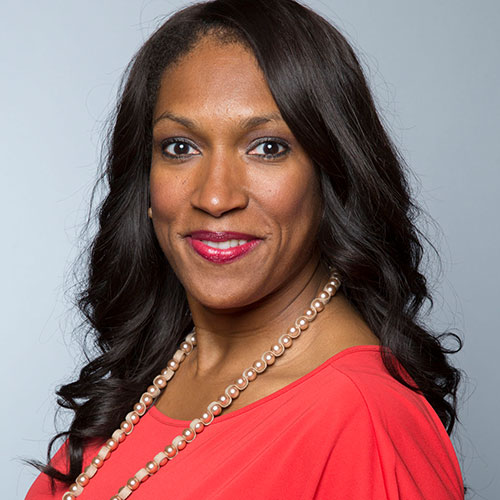 Felicia Davis is a self-described “girl from the South Side.” She is deeply committed to community through inclusive service to others. As president and CEO of Chicago Foundation for Women, she leads their strategic efforts in investing in women and girls as catalysts, building stronger communities for all.

Felicia is passionate about transforming lives and serves as an educator and mentor through a variety of networks, participating on numerous boards and committees, including as a member of Governor JB Pritzker’s Inauguration Committee, the Board of Regents for Mercy Home for Boys and Girls, an appointee to the Illinois Senate Sexual Discrimination, Harassment Awareness and Prevention Task Force, the American Cancer Society, and iHeartMedia Chicago’s Local Advisory Board.

She has been in public service for the majority of her career. As a member of the Chicago Police Department, she served with distinction for a decade, as a police officer and then as a violent crimes detective. As Interim President of Olive-Harvey College, appointed by City Colleges of Chicago’s Chancellor Juan Salgado, Felicia led the College’s efforts in developing, maintaining, and evaluating academic programs and enhancing the student learning experience for optimum achievement. She served as the inaugural Executive Director of the Office of Public Engagement in Mayor Rahm Emanuel’s administration, where she led efforts to connect communities to resources. As Mayor Emanuel’s First Deputy Chief of Staff, she implemented community-focused strategies to increase public safety across Chicago.

Felicia exemplifies leadership in all she sets out to do. She is a Leadership Greater Chicago Fellow and a founding member of the Chicago Foundation for Women’s South Side Giving Circle, where she has blazed a trail for supporting Black women and girls through philanthropy and collective giving.