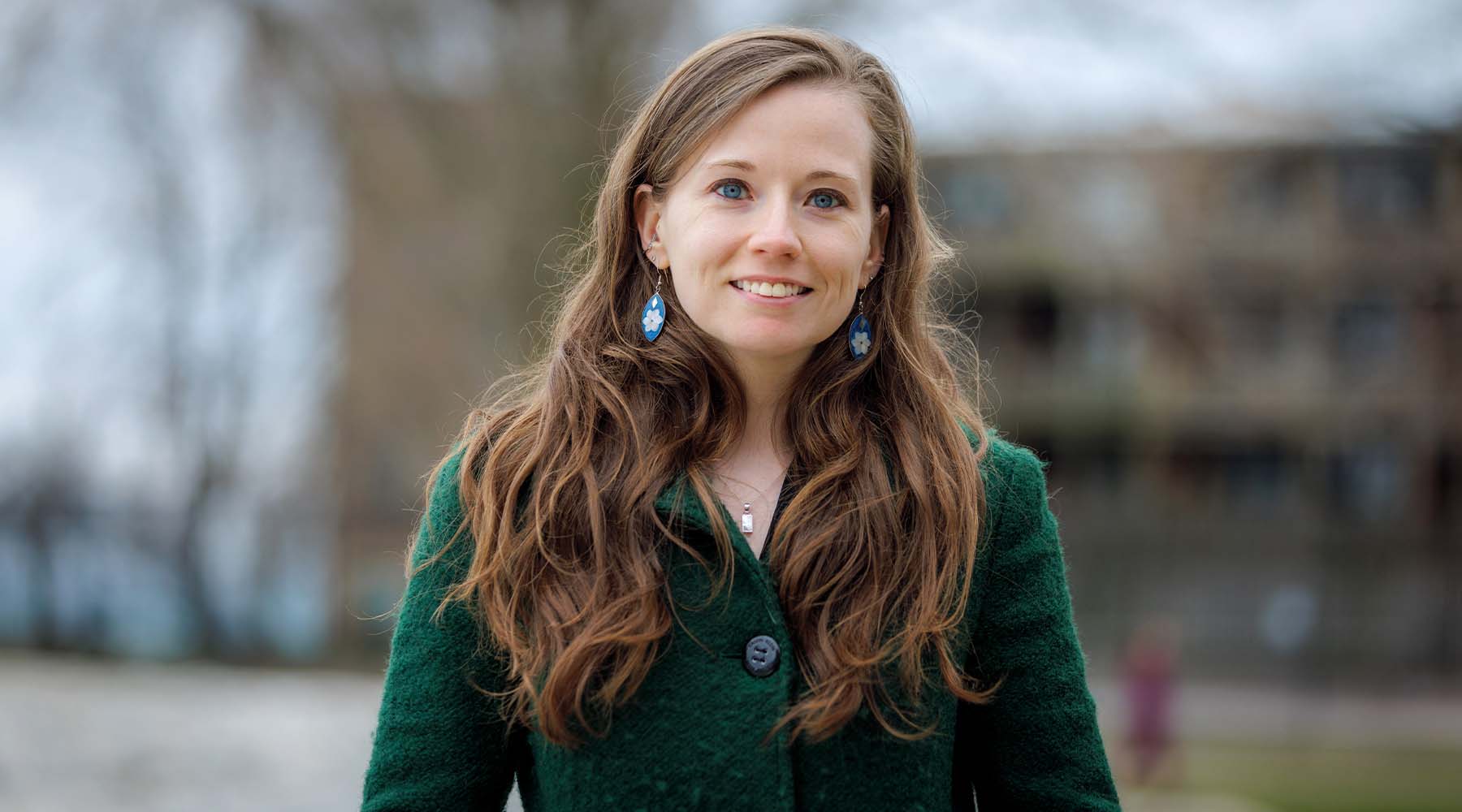 Amanda Walsh was 8 years old when she was removed from her parents’ custody. Both her mother and father suffered from mental illness that led to hospitalizations and even incarcerations at times, but young Amanda was certain that her parents loved her.

“I always knew on some level it was beyond their control,” Walsh says. “I couldn’t reconcile the love I felt from them with messages from the police or social services people that they were bad parents.”

That perceptiveness and empathy would become the foundation on which Walsh, now director of the Illinois Children’s Mental Health Partnership (ICMHP), would build a meaningful career at the intersection where the mental health of children and families meets the legal and social structures meant to support them.

Walsh went to live with her grandmother, and while her home was stable, she attended under-resourced schools. She considers herself lucky that teachers recommended her for Upward Bound, a federally funded program for high-potential, low-income students who would be the first in their family to attend college. Her UB advisors ensured she was prepared for higher education.

Today, few people have more education than Walsh. She earned a BA from New York University and, in addition to her JD, has Master of Social Work and Master of Laws degrees from Loyola. All of her degrees are focused on mental health and policy that surrounds it.

Loyola, with its ever-sharpening focus on social justice issues, was the right fit for her.

“My experience at Loyola was so different from lawyers I’ve met who went to other law schools,” Walsh says. “At one point, my mom got really sick, near death, and my professors were like, ‘don’t worry about exams, we’ll get you the notes, be with your family.’ They see the whole person and care about the impact you’ll make, not a list of achievements.” 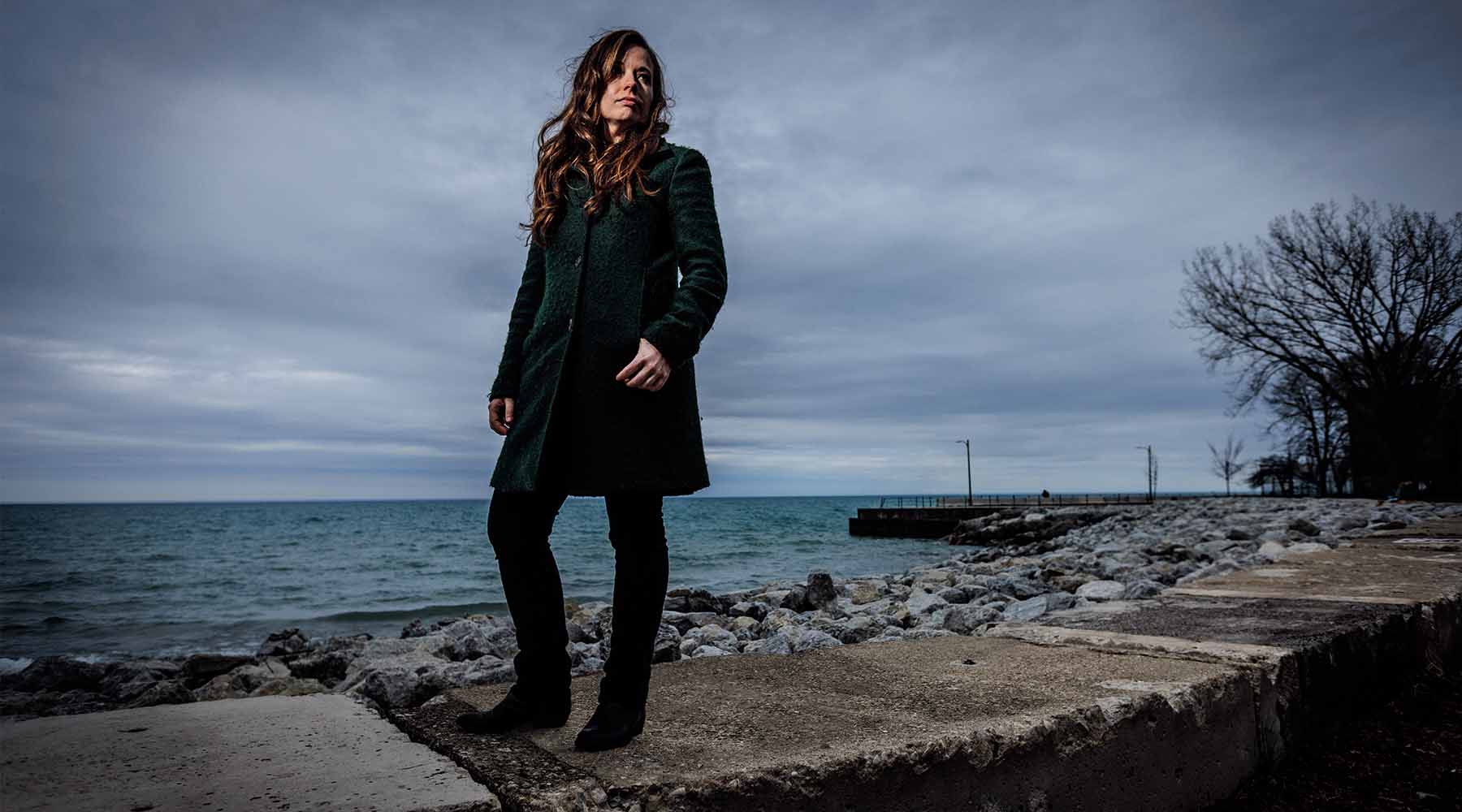 The work at hand

Impact is what drives Walsh as director of the ICMHP. Created by statute in 2003 and administered through Ann & Robert H. Lurie Children’s Hospital, the ICMHP functions as a task force to study the current state of mental health and well-being of Illinois children. By reviewing existing research, assessing programs already in place, commissioning its own studies, and talking to experts, the ICMHP produces a publicly available annual report that advises state government on policy that can improve lives.

In its early years, the ICMHP provided evidence that prompted Illinois to include social emotional learning—such as how to manage emotions and conflict, make responsible choices, and build positive relationships—into educational standards. Illinois was the first state to take that step, now commonplace nationwide.

Walsh has been at the helm since December 2018. She’s something of a conductor, prompting and overseeing strategic collaborations among the partnership’s long list of members, including state legislators, representatives from every child-serving state agency, and two dozen experts from nonprofit organizations, hospitals, schools, and professional associations.

Before accepting the job, Walsh says, she thought hard about how she could make a positive impact on families in need from that office.

“The agencies providing direct services to children and families need reliable, evidence-based information to work from; they don’t have bandwidth to produce that themselves,” she concluded. “Also, having a single point of coordination among all these agencies with interrelated missions helps build efficiency.”

“You can’t make real change without considering the context of family systems as well as the social determinants of health surrounding those families.”

Walsh’s work is focused on finalizing a new long-term Children’s Mental Health Plan for the partnership and for Illinois. The original plan, most recently revised in 2012, is insufficient to address what the ICMHP has assessed to be the most pressing concerns in 2022 (see sidebar).

The ICMHP has deep insight into what should inform the plan, but this time around, Walsh insisted on incorporating another input: voices of people like herself—people with the lived experience of trauma and instability caused by mental illness in themselves or their families. The ICMHP held community forums to ask people what they needed most, and experts within the partnership used that feedback to design programmatic recommendations.

“It was very gratifying that when we took our ideas back to the community, people felt they really had been heard,” she says.

Her personal history also inspires Walsh to ensure that, in all messaging, the ICMHP communicates that its work is consistently informed by the context of the mental health issues affecting any one family within the overall needs of that whole family.

“You can’t make real change without considering the context of family systems as well as the social determinants of health surrounding those families—the economic, educational, environmental, nutritional conditions where they live their lives,” she says.

From her position as director of the Illinois Children’s Mental Health Partnership, Amanda Walsh has a perspective on the state of children’s mental well-being that is both broad and deep. What does she see as the greatest concerns affecting Illinois children’s mental health now?

1. Workforce shortages
Walsh says that there are simply not enough mental health professionals to handle the need. She wants to see more investment in workforce development. In the meantime, there’s an opportunity, she says, “to support kids through other professionals already interacting with children and families regularly, like pediatricians, teachers, daycares, or after-school programs”—but they too need specialized training on child development, trauma, and mental health.

2. Rising rates of depression
“Even before COVID, we saw this trend: increasing rates of depression and anxiety in youth,” says Walsh. Then the pandemic arrived, and if it didn’t touch these families with physical illness or worse, it disrupted many of the secure routines, trusted relationships, and mental health treatment those children were accessing. “I worry about the children and families who experienced so much loss during COVID,” she says.

3. Kids falling through the cracks
“I worry about the children who aren’t coming to hospitals, whose struggles aren’t so obvious,” says Walsh. “How are we going to support kids who are keeping their struggles to themselves?” 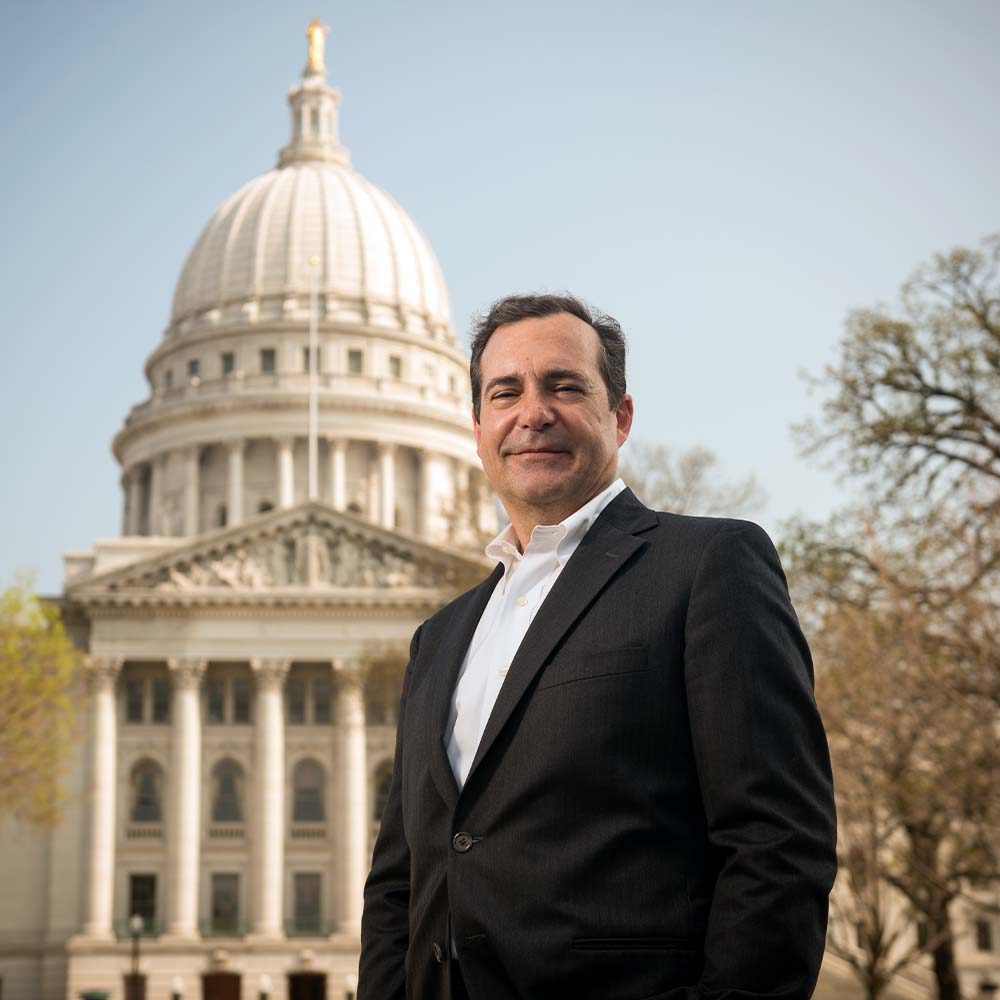 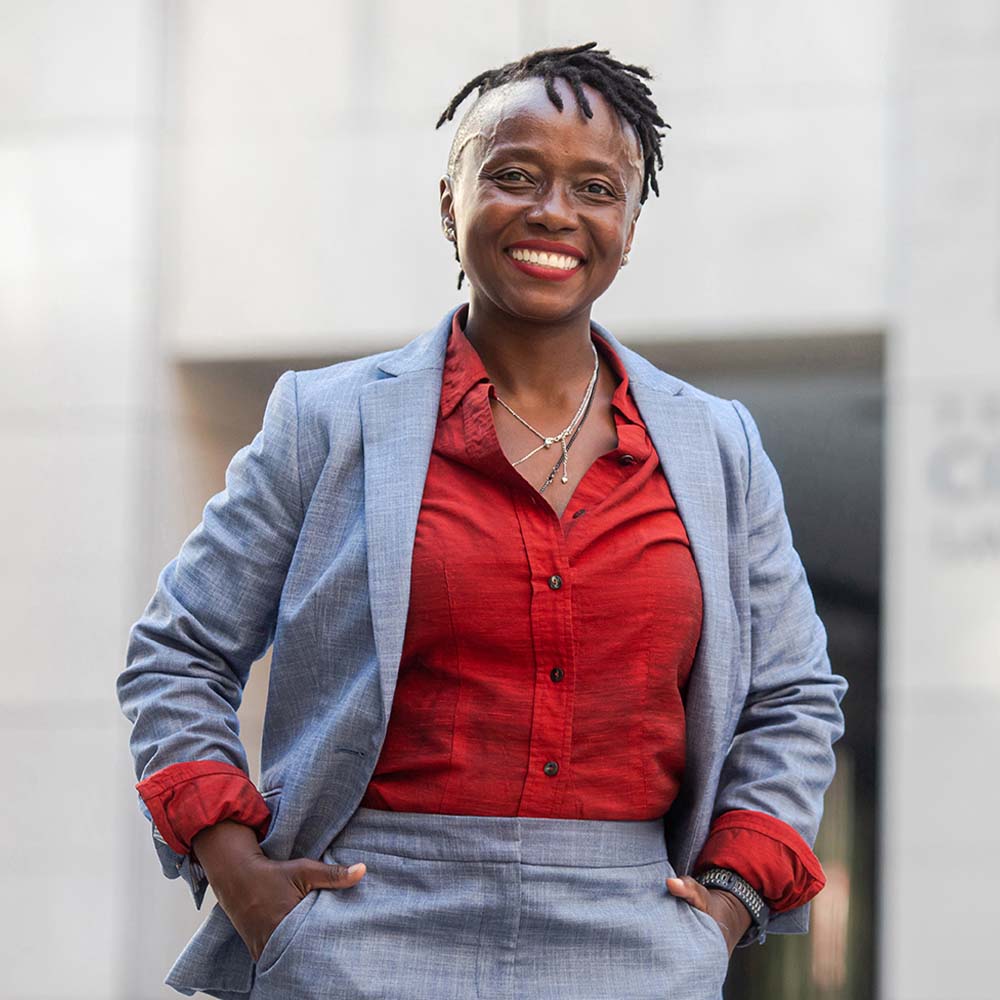 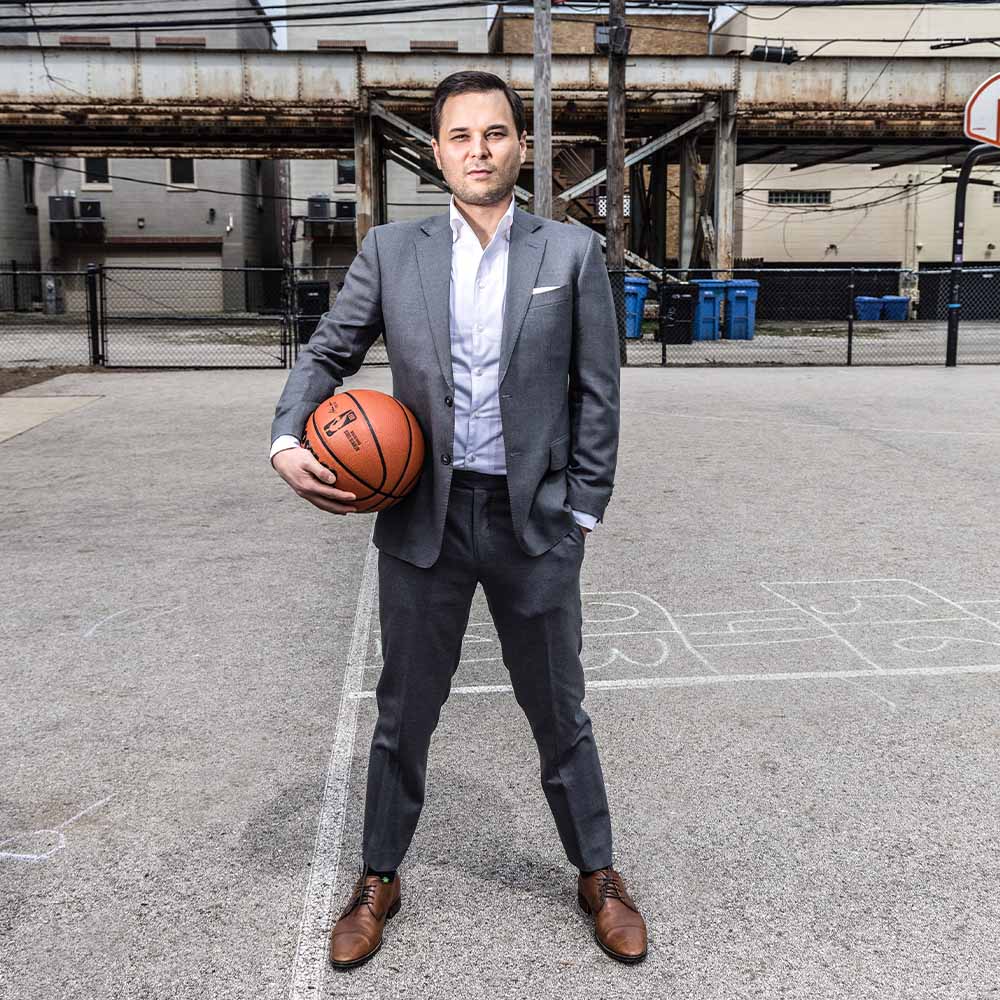 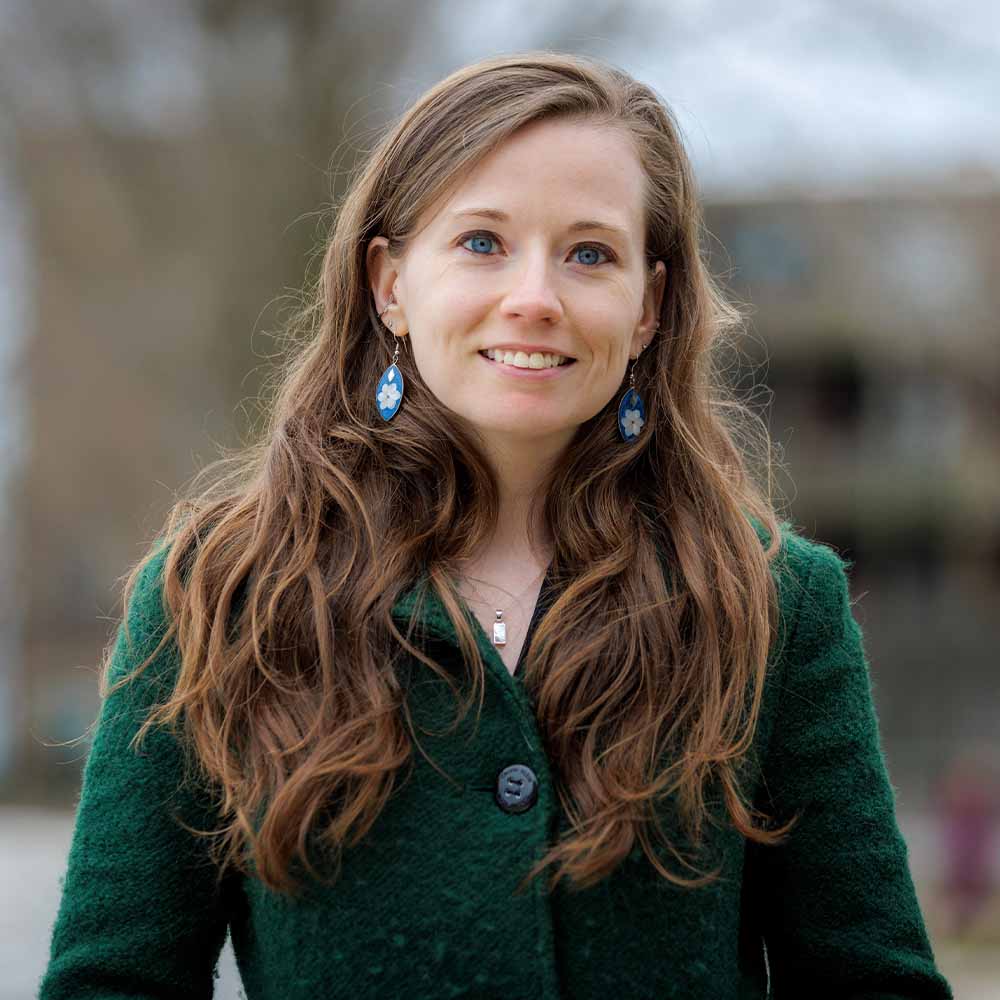 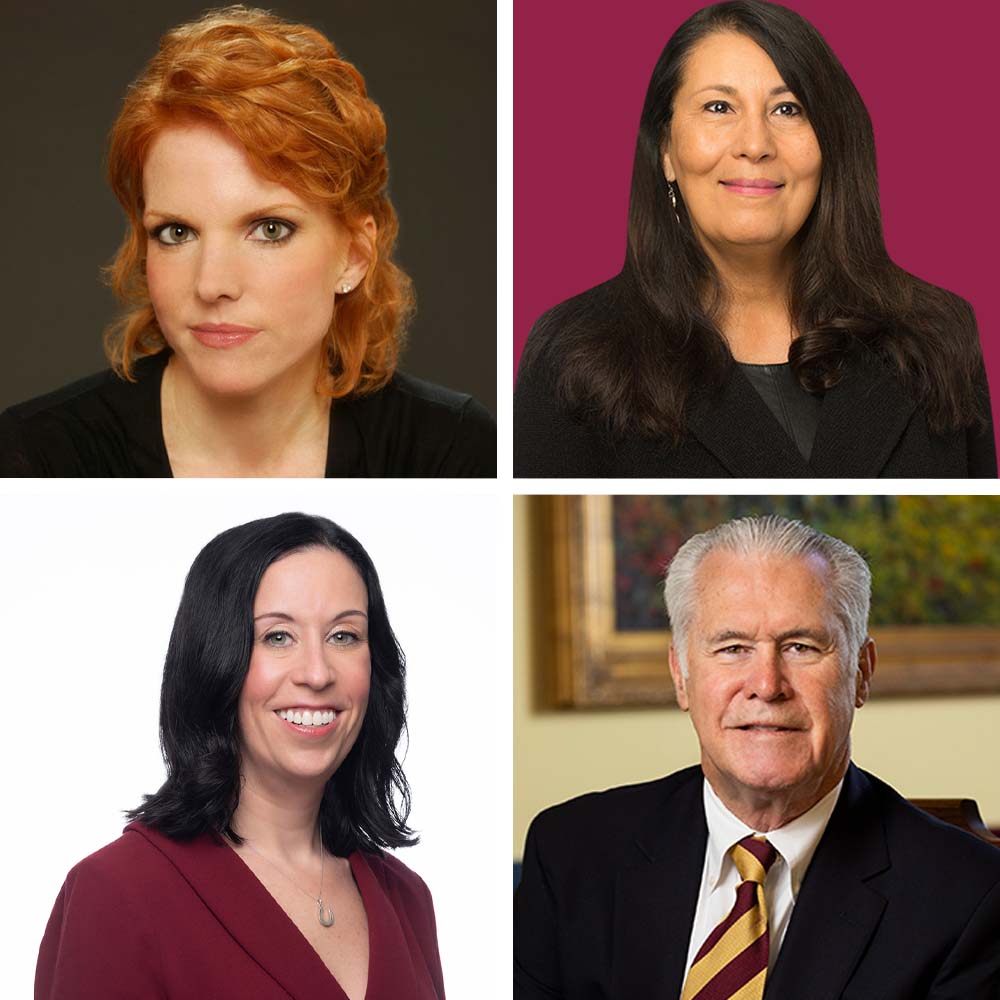