Sister Ann Ida Gannon, BVM, the longest serving President of Mundelein College* from 1957-1975, passed away on June 3, 2018. Sister Ann Ida had a life-long career as an educator and a force for women. Born in Chicago on April 2, 1915 as Genevieve Gannon, she entered the congregation of the Sisters of Charity of the Blessed Virgin Mary (BVM) in 1932 and took her finals vows in 1940. Sister Ann Ida spent several years teaching primary and secondary education before coming to Mundelein to teach philosophy, which she did before and after her years as president. In 1993, the Gannon Center for Women was established in honor of her legacy, and houses the Women and Leadership Archives (WLA).

“What impressed me when I came to Mundelein [in 1951], was the number of women who had achieved in areas: science, history, one of the sisters was a lawyer. They took for granted that women could do these things and they were going to do them. The end result also inspired our women students to do the same, to consider the world was open, not necessarily closed to women. Not in a radical sense, but a matter of fact sense that this is where we are able, we are gifted.”

If you use any of the photos for online publications or commercial purposes, please include the credit line: "Image courtesy of the Women and Leadership Archives, Loyola University Chicago." Use is free but please fill out and send the Permission to Publish form to wlarchives@luc.edu.

*Mundelein College was founded by the BVMs in 1930 and affiliated with Loyola University Chicago in 1991. The WLA holds the collection of materials from Mundelein College. 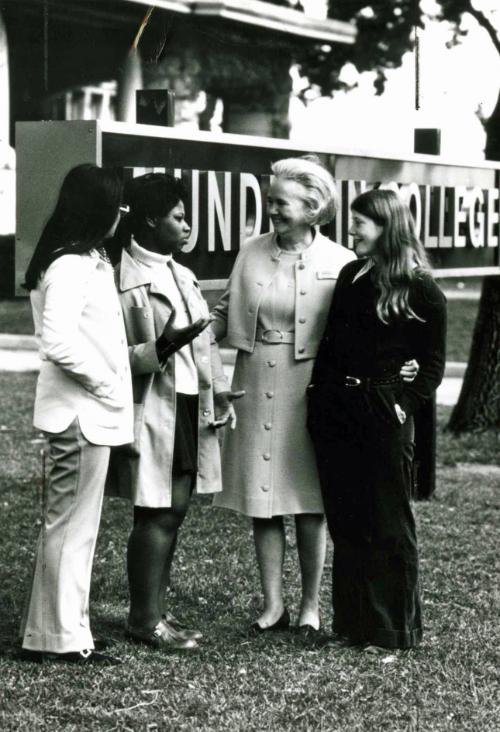