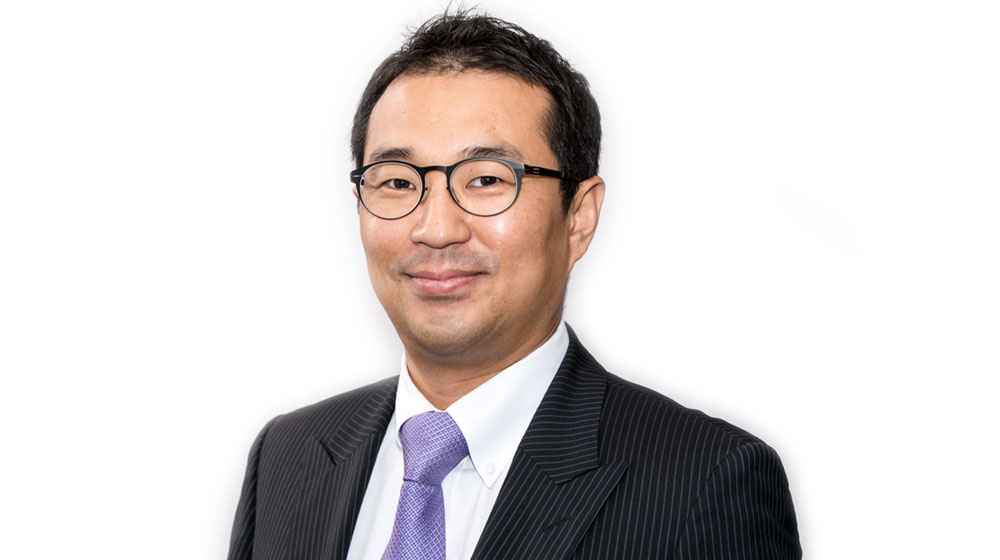 “It’s great to get another round of funding,” said School of Social Work professor Philip Hong, PhD, “but more importantly, it means that there is some recognition by the federal government that there is still important work to be done using our research.”

Thanks to a new $1.35 million grant, School of Social Work professor Philip Hong, PhD, can expand his research into helping low-income adults overcome the barriers that prevent them from finding and keeping full-time jobs.

This is the second time that Hong and his research team has received funding from the U.S. Department of Health and Human Services for their work. The first grant, also for $1.35 million, was awarded in 2011.

“It’s great to get another round of funding,” Hong said, “but more importantly, it means that there is some recognition by the federal government that there is still important work to be done using our research.”

To help continue his work, Hong recently created the Center for Research on Self-Sufficiency (CROSS) within the School of Social Work. But the name, Hong said, is more than just a catchy acronym.

“The center is called CROSS to drive home the idea that we’re trying to ‘cross over’ to the other side and study a segment of society that is often ignored by most people who promote job outcomes,” he said. “CROSS hopes to represent the impossible act of sacrificial love and compassion that God showed the world through Jesus by researching a concept called self-sufficiency in a bottom-up way.”

“The term ‘self-sufficiency’ is a dominant social policy goal targeting public assistance, adult education, workforce development, foster youth emancipation, refugee resettlement, and public housing. And we are committed to making this a process-based empowering concept that can be owned by individuals and families trying to overcome their barriers with hope to achieve their goals.”

Hong, who came to Loyola in 2006, has been studying self-sufficiency among the long-term unemployed for more than a decade. When he started, he focused on the individuals themselves on the journey they make to conquer obstacles with hope using survey research. After surveying more than 5,000 individuals over time, the Perceived Employment Barriers Scale (PEBS) and Employment Hope Scale (EHS) were developed. From these metrics, a theory of change called psychological self-sufficiency (PSS)—switching from barriers to hope—was validated.

Evidence from this work informed the development of an empowerment program called the Transforming Impossible into Possible (TIP)—basically using the content of the questionnaire to transform the psychological barriers people face when they’ve been out of work for an extended time to hope-filled actions that build and restore hope as they move the needle on PSS.

By reflecting on questions such as “Do I have purpose in life?” and “Am I capable of working in a good job?” people can eventually switch from feeling helpless to being hopeful, Hong discovered.

“We quickly realized that employment barriers are linked with hope,” he said. “We wanted to break down those barriers and show these individuals that success is possible–that hope is possible.”

Now Hong is shifting his focus to the other side of the equation to see how schools can better support low-income students and how organizations can help workers keep their jobs. This latest round of research—done in partnership with Chicago State University, South Suburban College, Proactive Community Services, and Metropolitan Family Services—looks at entry-level health-care positions, such as certified nursing assistants and medical aides. The research will examine how students make career pathway advancement using PSS as their internal motivator.

“Our partners are going into the communities and educating people about health-care careers,” Hong said. “These are typically people who would not have gone into these careers or even registered for classes on their own.”

But many of these students face significant barriers—from financial to transportation to housing—and often quit studying for a career or walk away from jobs after only a few months. By working directly with employers, Hong hopes to invite employers as partners to help strengthen the career pathway.

“We’ll train employers to be coaches and to be more engaged with their new workers,” he said. “They’ll learn how to use the TIP program, which we hope will reinforce the concept of self-sufficiency and help the employees succeed.”