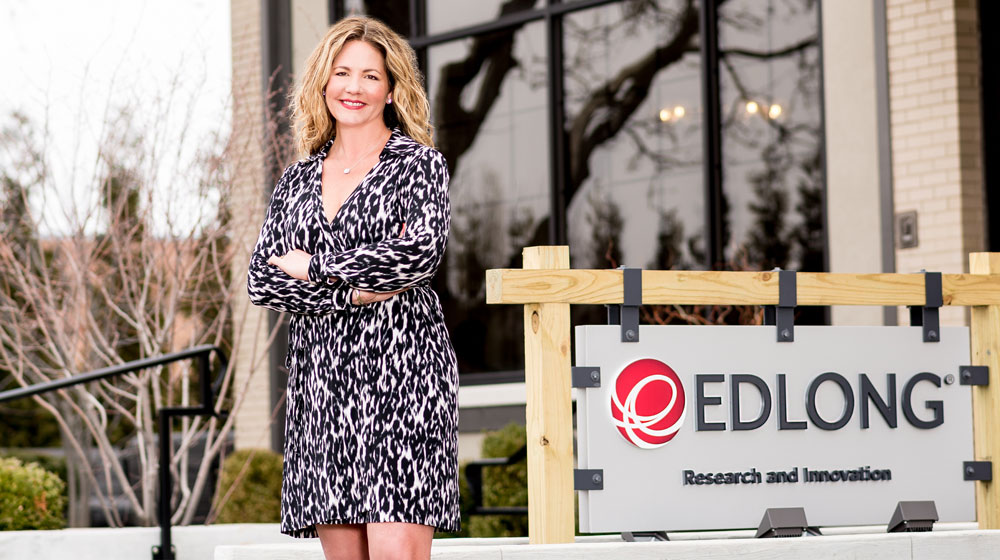 A woman-led organization, now in its second generation, Edlong develops a variety of dairy, dairy-based, and dairy free flavors including cheese, butter, milk, cream, and sweet dairy. They balance science and art to craft exceptional and versatile dairy flavors that enhance taste and “mouthfeel.” Their mission to enrich the lives of everyone they touch is the foundation for everything they do.

As one of seven siblings, Laurette Rondenet, Edlong’s President and CEO, was not the heir apparent—her brother was. But when he decided he wanted to be a teacher instead of joining the family business, her sights were set. Laurette was only an 8th grader at the time, but her father, Gene Rondenet, took her seriously. In 1993, she got the call from her dad that it was time to come to Edlong. Laurette started in Customer Service and worked her way up through Sales and R&D to become President in 2001. After Gene’s death in 2007, she stepped into the CEO role as well.

“I always knew I wanted to run the business,” said Laurette. “I learned everything from my dad, while taking pieces from my time at Keebler and Ball Corporation along the way.”

All hands on deck

When the pandemic hit, Edlong was deemed an essential business, and like all essential businesses, had to quickly make adjustments to ensure the safety of its workforce. Headquartered in Elk Grove Village, Illinois, the company was able to segment their workforce and continue production without ever shutting down. They also began cross-training employees and doubled floor stock to accommodate for increased inventory levels.

“Right away we got together with the operations teams from other local flavor companies like Flavorchem, Synergy, FONA, and Weber to talk through updates and best practices,” said Laurette. “We were all-hands-on-deck and had each other’s backs to ensure everyone stayed afloat and succeeded.”

Laurette and Edlong’s leadership team started monthly forums so employees could stay informed and ask questions. It became clear early on that the forums fostered better communication and increased trust. Employees were candid about their immediate needs and leadership listened, quickly adding helpful policies such as remote work stipends and flexible options for childcare. The forums also gave Laurette the opportunity to reassure the workforce of Edlongs’s strength and staying power.

The company prides itself on putting its people first. The notion of taking care of one another, both within Edlong and outside in the surrounding community, is prevalent across the organization. It’s no wonder that for the 7th consecutive year, the National Association for Business Resources named Edlong as one of Chicago’s 2021 Best and Brightest Companies to Work For.

Partnering for the greater good

Prior to the pandemic, it was reported that 1 in 8 Americans experienced food insecurity. In 2020, it jumped to 1 in 6. While Edlong has always made helping others a priority, they raised the bar during the pandemic by donating 75,000 meals to Feed My Starving Children and Feeding America.

The company didn’t stop there. They also came together with local food and beverage companies and Bigger Table, the non-profit arm of the Chicagoland Food & Beverage Network, to create a high-protein, low-sugar hot chocolate for the Northern Illinois Food Bank. The project was a success. Not only were they able to develop a “luxury,” better-for-you, good tasting food item at an affordable price, but the entire process only took six months, a third of what it usually takes to get a new product to market.

After great success of the high-protein hot chocolate, an additional 200,000 packets were distributed to local area food banks. The partnership is also driving other innovations as well. Edlong’s next project, which they are currently working on, is a healthier macaroni and cheese.

The employees also stepped up during this time. Those who moved to work from home began donating their savings in commuter expenses to Edlong’s essential workers—those employees who continued to go into the plant. What started as a small gesture eventually garnered nearly $4,000—a sign of gratitude for those who kept the products in development and the manufacturing lines going strong.

“We’re all in this together,” shared Laurette. “From our manufacturing team keeping production going to those juggling the experience of working from home, I loved their attitude and willingness to stay safe and keep us going. They’re the real heroes.” 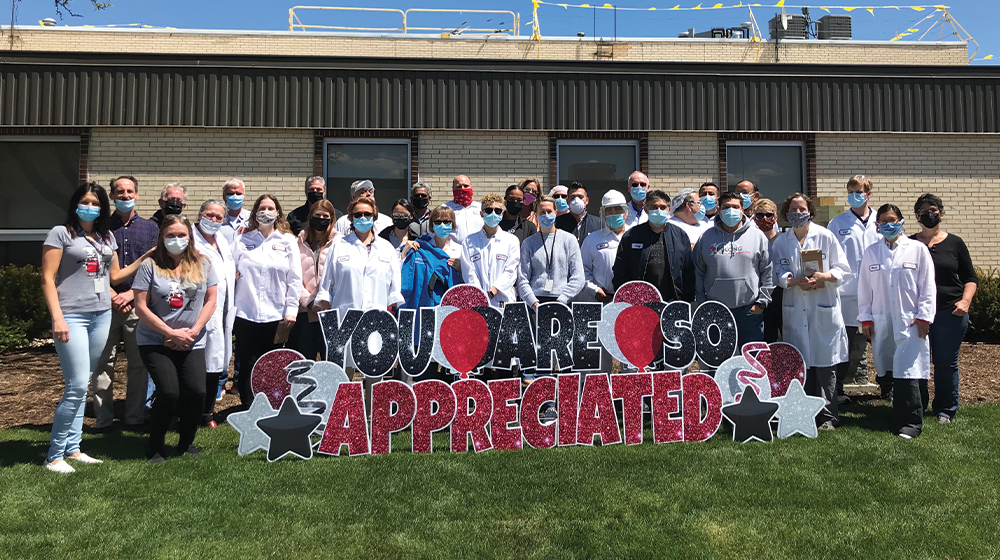