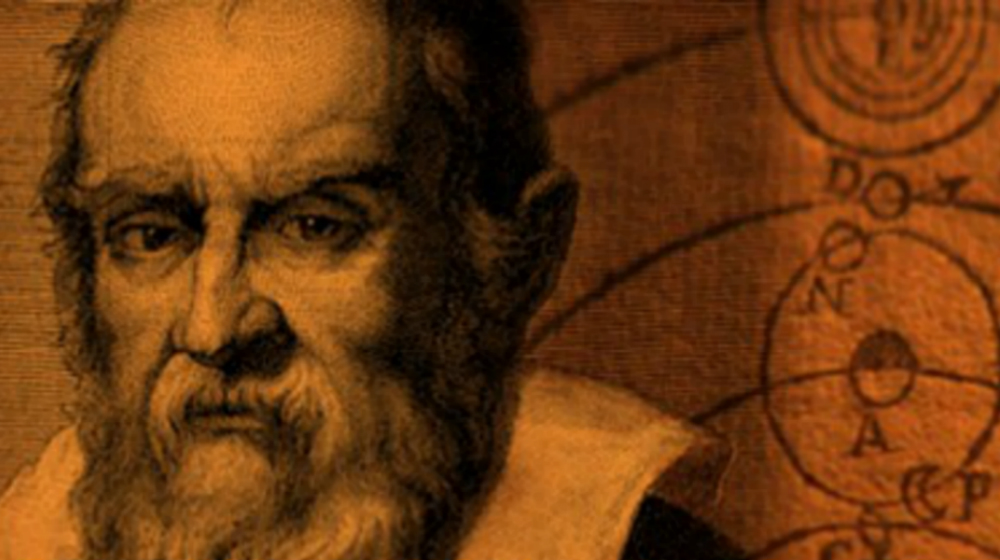 The letter of Galileo Galilei to the Grand Duchess Christina has become a classic text in the history of many issues: the relation of religion and science, the development of biblical interpretation, and the history of education in the West. Loyola University Chicago will mark its 400th anniversary with a series of events during the Fall of 2015. What follows is our current version of programs and the schedule of their times.

Friday, November 13, 2015 at 7:00 p.m.
Concert by Mr. Joel Spears and the Chamber Choir of Loyola.
Mr. Spears will be performing lute music composed by both Galileo’s father and brother, Vincenzo and Michelangelo, as well as by Galileo Galilei himself. The Chamber Choir will perform Vincenzo’s setting of the Psalm, In Exitu Israel, madrigals by Monteverdi, works by Caccini, and other contemporary Italian compositions.
Skowronski Music Hall
Co-sponsored by the Department of Fine and Performing Arts.

Friday, November 13, 2015 (Opening night).
Production of Bertolt Brecht’s play, Galileo, by the Department of Fine and Performing Arts of Loyola University Chicago under the direction of Mark E. Lococo, Director of Theatre. Galileo will be presented eight times: at 7:30 p.m. on November 13, 14, 19, 20, 21; at 2:00 p.m. on November 15 and 22. A preview performance will be held on November 12 at 7:30 p.m. The role of Galileo will be performed by this year’s artist-in residence, Ross Lehman, an award winning professional actor.
Co-sponsored by the Department of Fine and Performing Arts.

Saturday and Sunday, November 14 and 15, 2015 at 12:00 p.m.
The Dance Program of Loyola University Chicago presents De Motu (“On Motion”), choreographed by instructor Sarah Cullen Fuller, as part of the Inaugural Dance Senior Solo Showcase. Choreographed to Bach’s Goldberg Variations, De Motu is an ensemble work inspired by the life and work of Galileo in occasion of the 400th Anniversary of Galileo’s Letter to Christina of Lorraine, Grand Duchess of Tuscany.
The Palm Court, 4th floor, Mundelein Center
Co-sponsored by the Department of Fine and Performing Arts.

Thursday, November 19, 2015 at 3:00 p.m.
The Annual John Cardinal Cody Chair in Theology Lecture by
Prof. George Coyne, S.J., former Director of the Vatican Observatory
“Where Have the Heavens Gone? Galileo, Modern Science, and the Bible.”
Coffey Hall – McCormick Lounge
Co-sponsored by the Office of Mission and Identity.

Friday, November 20, 2015 from 9:00 a.m. – 12:00 p.m.
Round Table Discussion and Advanced Graduate Seminar
“Cosmos, Past and Present: An Interdisciplinary Discussion of Galileo’s Letter to Christina of Lorraine”
Presenters at the Round Table:
Fr. George Coyne, S.J., former Director of the Vatican Observatory, currently McDevitt Chair of Religious Philosophy at Le Moyne College in Syracuse, NY.;
Professor Mauro Pesce, Professor Emeritus of the History of Christianity at the University of Bologna and author of L'ermeneutica biblica di Galileo e le due strade della teologia cristiana (2005);
Dr. Dennis McCarthy, former Director of the Directorate of Time at the Naval Observatory in Washington D.C., and author of Time: From Earth Rotation to Atomic Physics (2009);
Dr. Asim Gangopadhyaya, former chair of the Physics Department and currently Associate Dean for Planning and Resources at Loyola;
Dr. John McCarthy, former chair of the Theology Department and author of articles on both Galileo and the concept of the sacred.
Dr. Paulo Jorge Dos Santos Rodrigues, Université catholique de Louvain
Coffey Hall – McCormick Lounge
Co-sponsored by the Office of Mission and Identity.