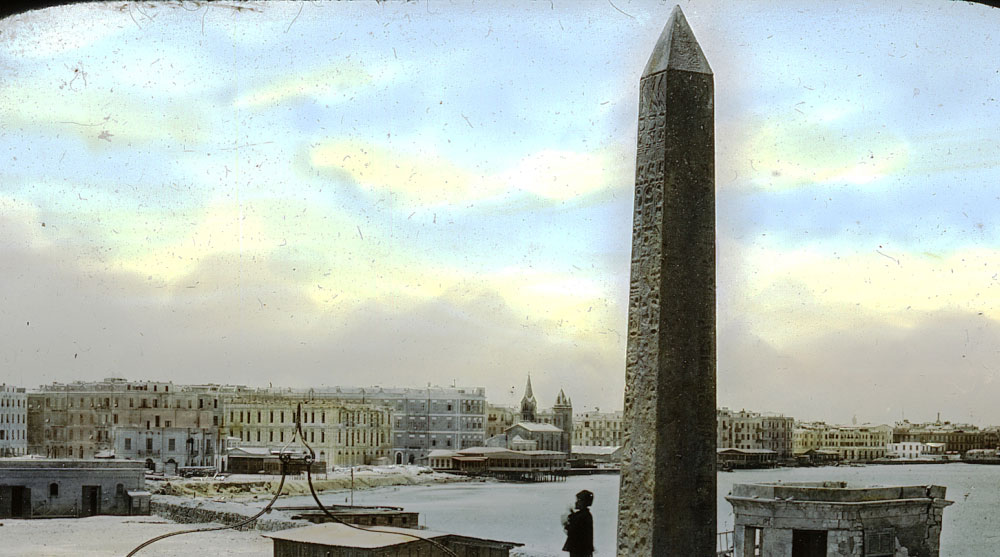 Obelisk of Thutmosis III in Alexandria, before 1923, Brooklyn Museum

Please join us for a presentation by Dr. Katherine Blouin, University of Toronto (Scarborough): "Born Again: Alexandria's Foundation Story and Modern Colonial Imaginations." Dr. Blouin is an ancient historian and papyrologist whose work centers on the socio-economic and environmental history of Roman Egypt. Dr. Blouin is also interested by the ways in which imperialism, colonialism, and Orientalism influence the fields of Classics, Papyrology, and Egyptology, and is a contributor to the blog Everyday Orientalism.

Free and open to the public. Reception to follow.

Abstract: Despite the increase in the amount of evidence at our disposal on ancient Alexandria and its hinterland, the way scholars have encapsulated the city's historical significance has not changed very much since the early-modern period: Alexandria, the remarkable foundation of a no less remarkable Macedonian king, whose civilizational pinnacle lastingly impacted literary memories, but left very few noticeable material traces; Alexandria, the cultural lighthouse of Hellenism - and by extension of 'western' culture - perched at the edge of Africa; Alexandria, the often-personified, and feminized, success story, who on many occasions fell prey to civilian troubles and foreign conquerors. There is, undoubtedly, something very affective about this story. What makes it makes so enduring? What is it really about? And whose story is this? This paper discusses the European historiographical tradition regarding the landscape and occupation of the site of Alexandria before, during, and shortly after the city's foundation. What interests me is not the early occupation of the Alexandrian region per se, but the foundation story as (re)told by European(ized) historiography and more specifically, its relationship to landscape, people, and power.