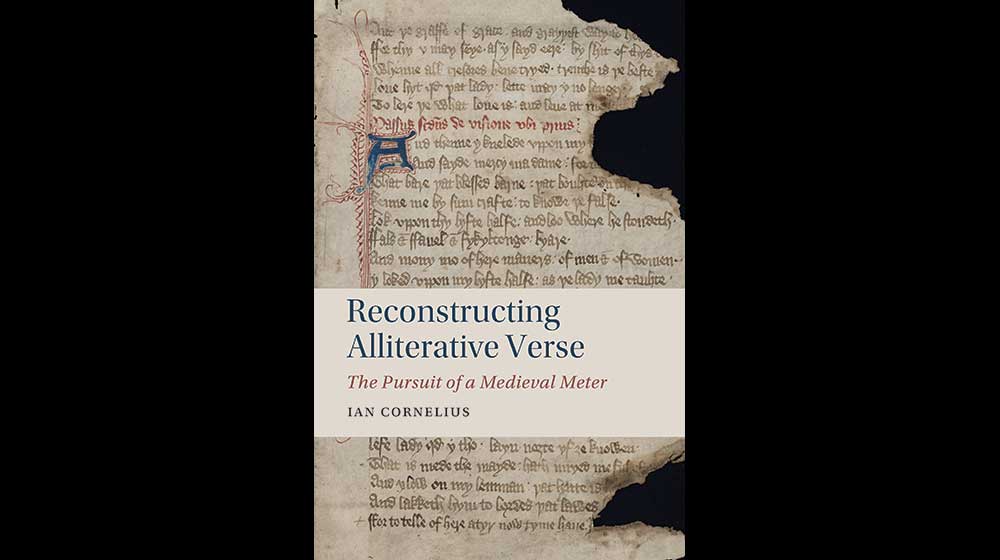 Alliterative poetry is first recorded in English from the late seventh century, which makes it the oldest poetry in this language. Surviving poems include several of the most admired works of medieval literature, including Cædmon’s Hymn, Beowulf, Sir Gawain and the Green Knight, and Piers Plowman. This is also a defunct poetry (it died out soon after the close of the period we call “medieval”) and it is a deeply mysterious poetry. It was christened “alliterative” in the eighteenth century, for the simple reason that it alliterates a lot. One wonders where this poetry came from, how it was organized, and why it died out. None of these questions has an easy answer.

Reconstructing Alliterative Verse: The Pursuit of a Medieval Meter explains why the earliest English poetry has remained so enigmatic for so long—and aims to make it slightly less so. This book explains the distinctive nature of alliterative meters, explores their differences from subsequent English verse forms, and advances a new understanding of medieval English literary history. The startling formal variety of Piers Plowman and other alliterative poems comes into sharper focus when viewed in diachronic perspective: the meter was always in transition; to understand it, we need to reconstruct the stages of its development and see where it was headed at the moment it died out.