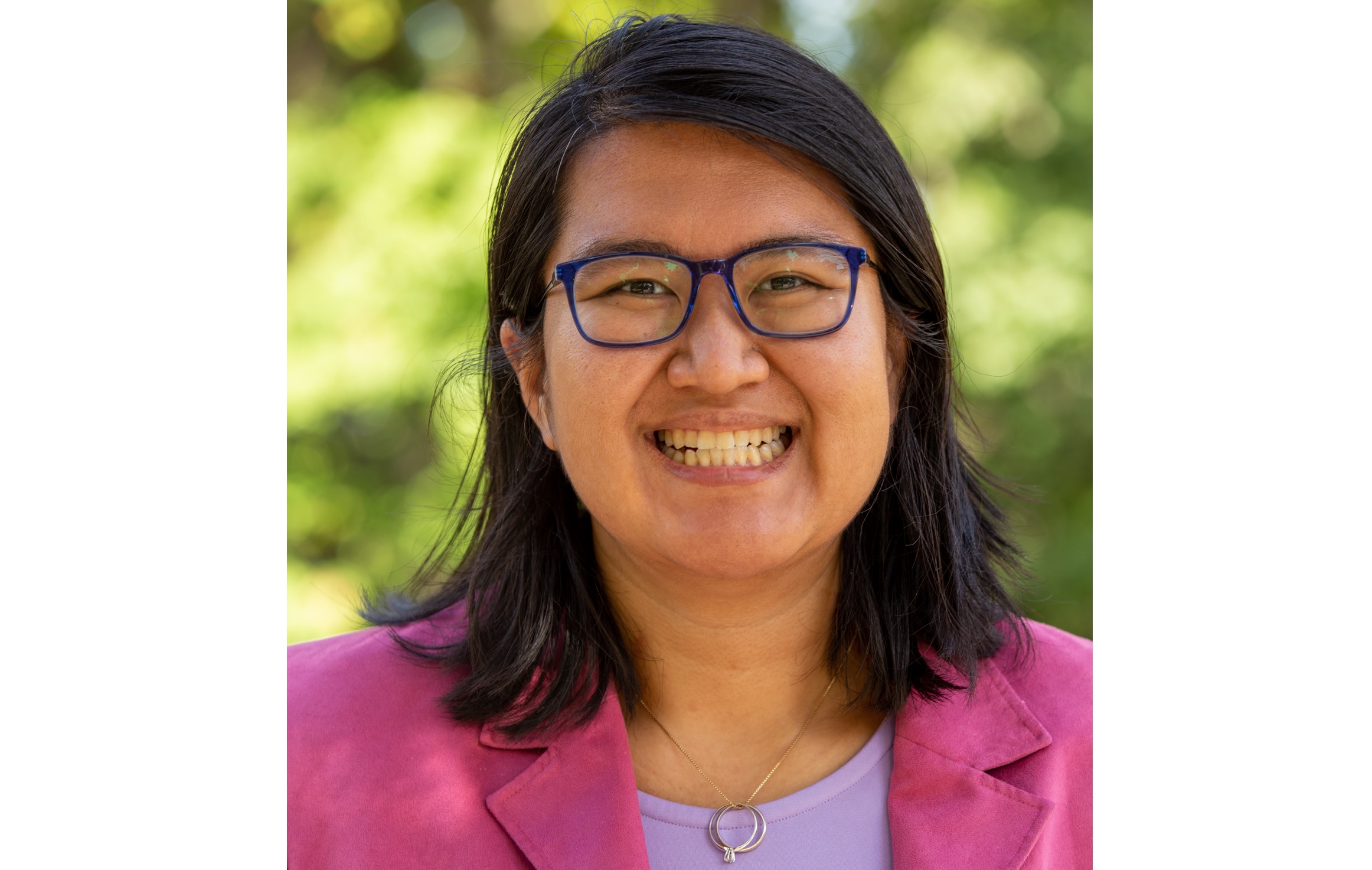 Ange Concepcion graduated from Loyola with her B.S. Physics in 2008. Ange was recently named as the Dean of Students at Wagner College. While at Loyola, Ange became interested in a career in college student affairs and has worked at several universities in that capacity. She earned a M.S. Ed. in Higher Education and Leadership Policy (Thesis: Lesbian, Gay, Bisexual and Christian Identity Expression and Reconciliation) at Northwestern University in 2010 and Ph.D. in Educational Leadership (Dissertation: Title IX and Sexual Assault & Misconduct: Prevention and Response Efforts at Two Catholic Universities) at Fordham University in 2019.

The physics yearly holiday parties were the best! It was a really great opportunity to connect with all of the physics department in a welcoming social setting. I got to play with other physics musicians and it was always a treat to jam with Dr. Ramsey! It was so fun to rehearse for the party in the electronics lab. I played electric guitar, piano, and sang.

How did you get involved/interested in your current field?

While I was at Loyola, I became an involved student leader on campus in different extracurricular clubs. I worked in the Dean’s Office, served as a building manager in the student union, was a volunteer DJ for WLUW, served on Student Conduct Board, and was President of the Turkish Intercultural Club. I realized I wanted to somehow turn this into a career and that’s how I found college student affairs. I interviewed some of the student affairs administrators to know find out their path, with most of them earning master's degrees in college administration.

Where have you worked since graduating and describe these experiences prepare you for your current position?

I’ve worked at three different colleges and universities: Fairfield University, Iona College, and Wagner College. My background was primarily in housing and residence life. For the first half of my career, I lived in the residence halls and made great connections with many of the students. It's been rewarding seeing how so many of them have grown as young adults achieving their goals after college.

As the Dean of Campus Life at Wagner, functional areas like residence life, student activities, student conduct, spirituality, diversity and multicultural programming, orientation, and Greek Life have been under my purview. In addition to providing student support, I am responsible for supporting and developing the employees that work day to day in these areas.

Do you have any recommendations for how students can identify and/or prepare for post-Loyola careers?

Know how to work in groups and communicate directly - all those group projects the professors make you do? Figure out your role on a team and what you bring; we tend to not stop working in teams, so definitely get your practice now in the lab!

Whether you're a first year student or senior, network and interview people that are in the field you are interested in. Be sure that when you reach out, state your purpose of wanting to know more about the industry (and don’t forget to send a thank you note, especially when you finally do make it in the industry you want). Keep reading up on your industry, follow any industry leaders that are well known.

Be relentless in learning your craft and continue to explore. Our fields will continue to progress and it is up to us to make sure we are current with trends (or maybe you can be the trendsetter!). Likewise, don’t forget history: how did things become the way they are? What do we need to do to solve problems in the future? Think about pivotal physics breakthroughs and how it’s changed our world (x-rays, nuclear fission, quantum computing- to name a few).

The Loyola Physics department is a very special place. Having worked at different colleges and universities, I've never seen a department like Loyola Physics work so communally at all levels; I would not have succeeded without the support of my peers and professors. If you're a first year or sophomore, make connections with your classmates and bother the professors if you are unclear about a concept. If you're a junior or senior, continue the tradition of mentorship because it makes such a huge impact on the younger students. Go to any of the extra lectures or alumni talks; I learned from alums who went on in different fields (economics, law) how a physics degree positioned them in their career, if if it wasn't directly physics related.

What advice would you give to a student that likes physics but wants to pursue a career in another area? Is there something about physics that appeals to employers?

I’ve found that my background in physics tends to be a fun conversational starting point when potential employers or professors find that out. A frequent question I get is something like “How do you go from a hard science to a field that’s not a hard science?”

In physics, we measure and use numbers to describe the ‘what’, but we also use words to describe the ‘why’ and ‘how’. This is an important transferable skill - being comfortable with quantitative and qualitative reasoning. Numbers and words are equally important for me to describe the full picture of a situation and drive decision making when performing program assessments and budget allocations. I think having a physics background helped tremendously in the way I conceptualize and breakdown situations in pieces and look at the big picture. I feel like anyone who pursues physics has a natural curiosity about the world and can zero in on details.

So that it’s not all physics and careers, do you have anything to share regarding hobbies or activities outside of the lab?

I like songwriting, indoor bouldering, CrossFit, and running. I completed the New York City marathon in 2016 and am currently working towards doing it once more in 2022. I’ve coached CrossFit classes as a CF-L1 trainer and have used some of my physics knowledge to talk about body position as it relates to power, energy, and momentum, especially when demonstrating efficient movement of heavy loads. As Dr. Udo reminded me in optics class one day: "Physics is everywhere, Angie. You’ll never get rid of it!"