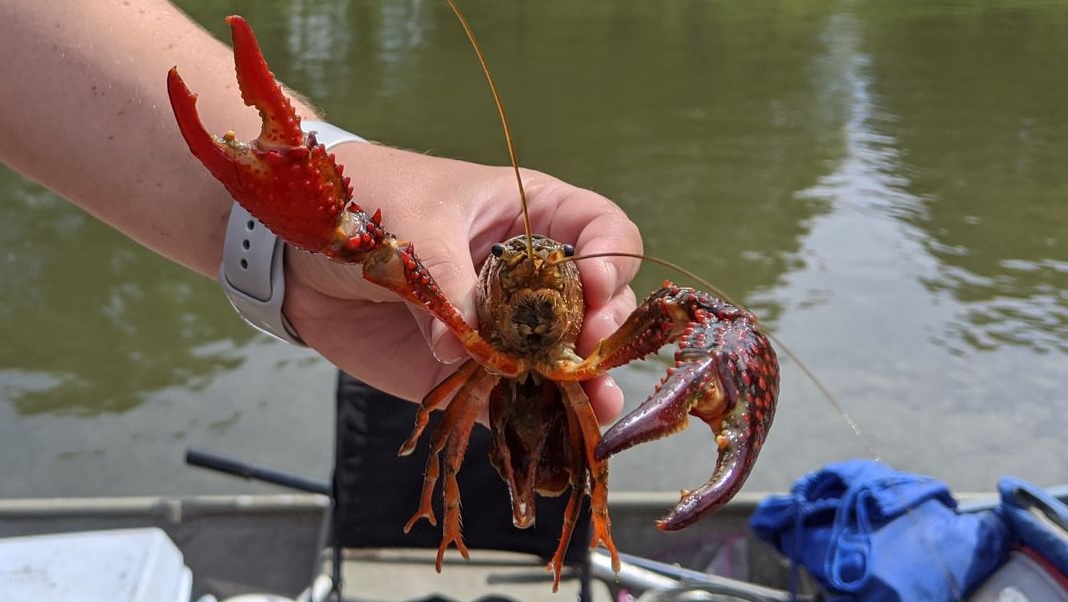 Dr. Robert Polak (Physics) and Dr. Reuben Keller (Environmental Science) have been collaborating on a project to examine the effectiveness of electrical barriers against invasive invertebrates. Three undergraduates from the Physics Department (Zalia Cook, Harrison Moy, and Jonathon Staunton) are members of the research team. The collaboration recently published a new paper titled "Development and First Tests of a Lab-Scale Electric Field for Investigating Potential Effects of Electric Barriers on Aquatic Invasive Invertebrates" in the April 2021 issue of Frontiers in Ecology and Evolution. The delicate ecosystems of the Great Lakes and the Chicago Area Waterway System (CAWS) are threatened by the entry and proliferation of non-native, aquatic species, such Asian carp, mollusks, and crayfish. These invasive species are introduced by being transported on the hulls of shipping boats. Once established, these invasive species can adversely affect the populations of native flora and fauna. The Chicago Sun Times interviewed members of the research team on this problem facing the Great Lakes (https://chicago.suntimes.com/2020/8/7/21358376/red-swamp-crayfish-studying-trapping-invasive-crayfish-chicago-river-system). Electrical barriers have been constructed as countermeasures to reduce the inadvertent transport of these invasive species; however, most testing of these barriers has focused on invasive fish species. Here, the researchers addressed how these barrriers affect invertebrates, which are also a significant threat. The research involved constructing a model electrical barrier system and measuring the response of two different aquatic invertebrates, Hyallela azteca (a native crustacean) and Procambarus clarkii (an invasive, red swamp crayfish), to different electrical fields. The findings from their work showed that the electrical barrier conditions that work to combat Asian carp are much less effective against invertebrates. Although electrical barriers could potentially be used against invasive nvertebrates, different electrical parameters will need to be identified.