In light of the recent killings of George Floyd, Breonna Taylor, Ahmaud Arbery, and too many others, and of the widespread calls for justice and change these have sparked, the Hank Center offers this brief list of resources on race and racism in America, focusing especially but not exclusively on works that address these issues from a Catholic Christian perspective.
The Hank Center also recently hosted an event on Racial Justice as part of our Catholicism in Dialogue series and have updated the resources below with some that were shared by our amazing panelists. 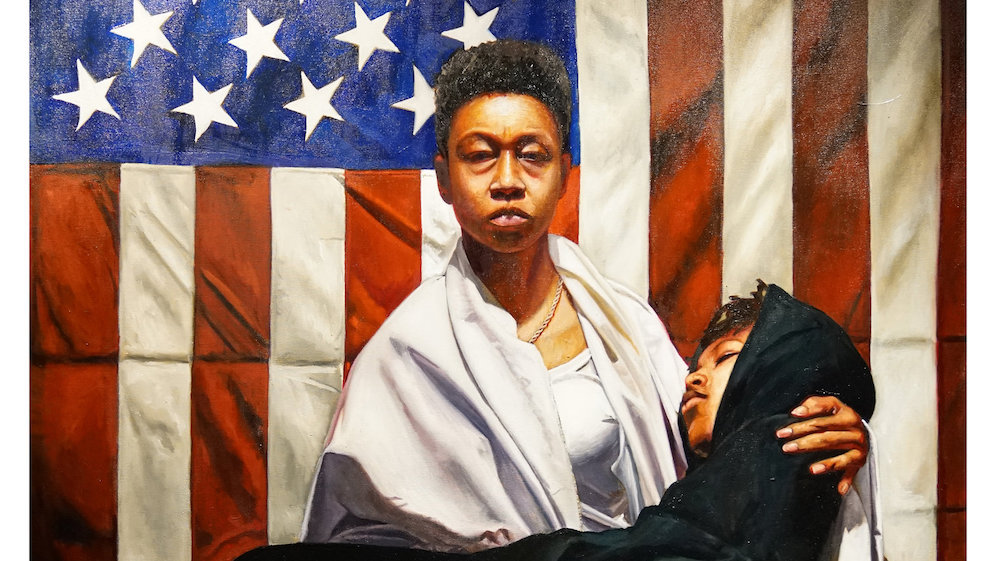 Stand Your Ground: Black Bodies and the Justice of God (2016)
by Kelly Brown Douglas
On the Sunday morning after the acquittal of Trayvon Martin’s killer, black preachers across America addressed the questions his death raised for their communities: “Where is the justice of God? What are we to hope for?” In this timely and compelling book, Kelly Brown Douglas examines the myths and narratives underlying a “stand-your-ground” culture, taking seriously the social as well as the theological questions raised by this and similar events, from Ferguson, Missouri to Staten Island, New York.
But the author also brings another significant interpretative lens to this text: that of a mother. She writes: “There has been no story in the news that has troubled me more than that of Trayvon Martin’s slaying. President Obama said that if he had a son his son would look like Trayvon. I do have a son and he does look like Trayvon.” In the face of tragedy and indifference, Kelly Brown Douglas arms the truth of a black mother’s faith in these times of “stand your ground.”
Hope Sings, So Beautiful: Graced Encounters Across the Color Line (2013)
by Christopher Pramuk
In Hope Sings, So Beautiful, award-winning Catholic author Christopher Pramuk offers a mosaic of images and sketches for thinking and praying through difficult questions about race. The reader will encounter the perspectives of artists, poets, and theologians from many different ethnic and racial communities. This richly illustrated book is shaped by questions of theology, spirituality, and pastoral practice. Pramuk's narrative and cross-disciplinary approach to this difficult topic will stimulate fruitful conversations and fresh thinking, whether in private study or prayer; in classrooms, churches, and reading groups; or among friends and family around the dinner table.
The Color of Christ: The Son of God & The Saga of Race in America (2014)
by Edward J. Blum & Paul Harvey
How is it that in America the image of Jesus Christ has been used both to justify the atrocities of white supremacy and to inspire the righteousness of civil rights crusades? In this book, Edward J. Blum and Paul Harvey weave a tapestry of American dreams and visions--from witch hunts to web pages, Harlem to Hollywood, slave cabins to South Park, Mormon revelations to Indian reservations--to show how Americans remade the Son of God visually time and again into a sacred symbol of their greatest aspirations, deepest terrors, and mightiest strivings for racial power and justice. In this process, the authors uncover how Americans came to believe in the whiteness of Christ and show how the color of Christ still symbolizes America's most combustible divisions, revealing the power and malleability of race and religion from colonial times to the presidency of Barack Obama.
Racial Justice and the Catholic Church (2010)
by Bryan N. Massingale
Bryan N. Massingale’s watershed book calls all readers—but Catholics in particular--to “unlearn” the harmful patterns of implicit and deeply entrenched racism. Confronting racism is difficult but essential work if we are to heal the brokenness in our society and our church. In Fr. Massingale’s words, "We all are wounded by the sin of racism... How can we struggle together against an evil that harms us all?" Racial Justice and the Catholic Church examines the presence of racism in America from its early history through the Civil Rights Movement and the election of Barack Obama. It also explores how Catholic social teaching has been used--and not used--to promote reconciliation and justice. Massingale writes from an abiding conviction that the Catholic faith and the black experience make essential contributions in the continuing struggle against racial injustice that is the work of all people. His book is essential reading for all those concerned with justice and healing in our world.
Playing in the Dark: Whiteness and the Literary Imagination (1992)
by Toni Morrison
Toni Morrison’s work of literary criticism is based on a series of lectures she gave at Harvard in 1990. But the revisions of her lectures took place against the brutal beating of Rodney King in 1991—one of the very first widely witnessed instances of racial violence perpetrated by police. In her lectures, Morrison, who was a practicing Catholic, ponders the effect that living in a historically racialized society has had on American writing in the nineteenth and twentieth centuries. As one critic observed, “the moral and emotional force of [Morrison's] explorations is apparent. If the American identity is formed against this black shadow, it is a sign of abject weakness and a cause for shame....The genius of Ms. Morrison's approach is to enlist those very describers and imaginers—white men of letters—in an investigation that can end only in their self-indictment.” Playing in the Dark continues to be a central text for ethnic studies scholars, theologians, and students of all kinds to confront the problems associated with whiteness as both the automatic dominant social norm of American life.
God of the Oppressed (1975; this edition 1997)
by James H. Cone
In this classic theological treatise, James Cone, the founder of black liberation theology reflects on how God, Jesus, suffering, and liberation relate to the experience of the black community. Weaving the gospel message through the story of the struggle for racial justice in the United States, Cone emphasizes the important role that social and historical context play in framing the questions we address to God as well as the mode of the answers provided.

Catholics and Christians in the U.S. have grappled with the realities of white domination and racism for centuries. The struggle to bring about racial equity and justice have taken place on many fronts, including our city streets, parish pews, family dinner tables, and school classrooms. This more expansive list of resources offers books, articles, and educational tools that reflect the depth and breadth of the multifaceted issues surrounding the long-standing fight against racism in the United States. It includes resources compiled by the United States College of Catholic Bishops as well books published by leading Protestant scholars and spiritual leaders. We also suggest works more focused on spiritual memoir, meditations, prayers and personal  reflections, written by both white and black authors. There are also a number of publications reflecting specifically on the black Catholic experience in America. Equally as important are the voices of womanist theologians, which we have also included, along with publications that address the most recent developments in anti-racist movements such as Black Lives Matter.

"White People, Let's Do Our Homework" by Heidi Schlumpf from the National Catholic Reporter
“My Arms Are Empty: A Song of Lamentation for Ahmaud Arbery” by Joseph A. Brown, S.J. in America Magazine
“The Assumptions of White Privilege and What We Can Do About It” by Fr. Bryan Massingale from the National Catholic Reporter
“Ahmaud Arbery: Responding as Educators to a Culture of Racism” by Brian Maraña on Ignatian Solidarity Network
“To fight racism, Catholics must hunger for justice like we do for the Eucharist”, a letter from the Editors of America Magazine
Statements from Jesuit colleges and universities in response to racial violence and injustice from the Association of Jesuit Colleges and Universities website
“Police Brutality & Protest: George Floyd’s Murder Must Bring Change”, a letter from the editors of Commonweal Magazine

Resources from the United States Conference of Catholic Bishops

The USCCB’s Combatting Racism webpage contains a wealth of resources for understanding systemic racial oppression in the United States and how it relates to all areas of Catholic life, including: