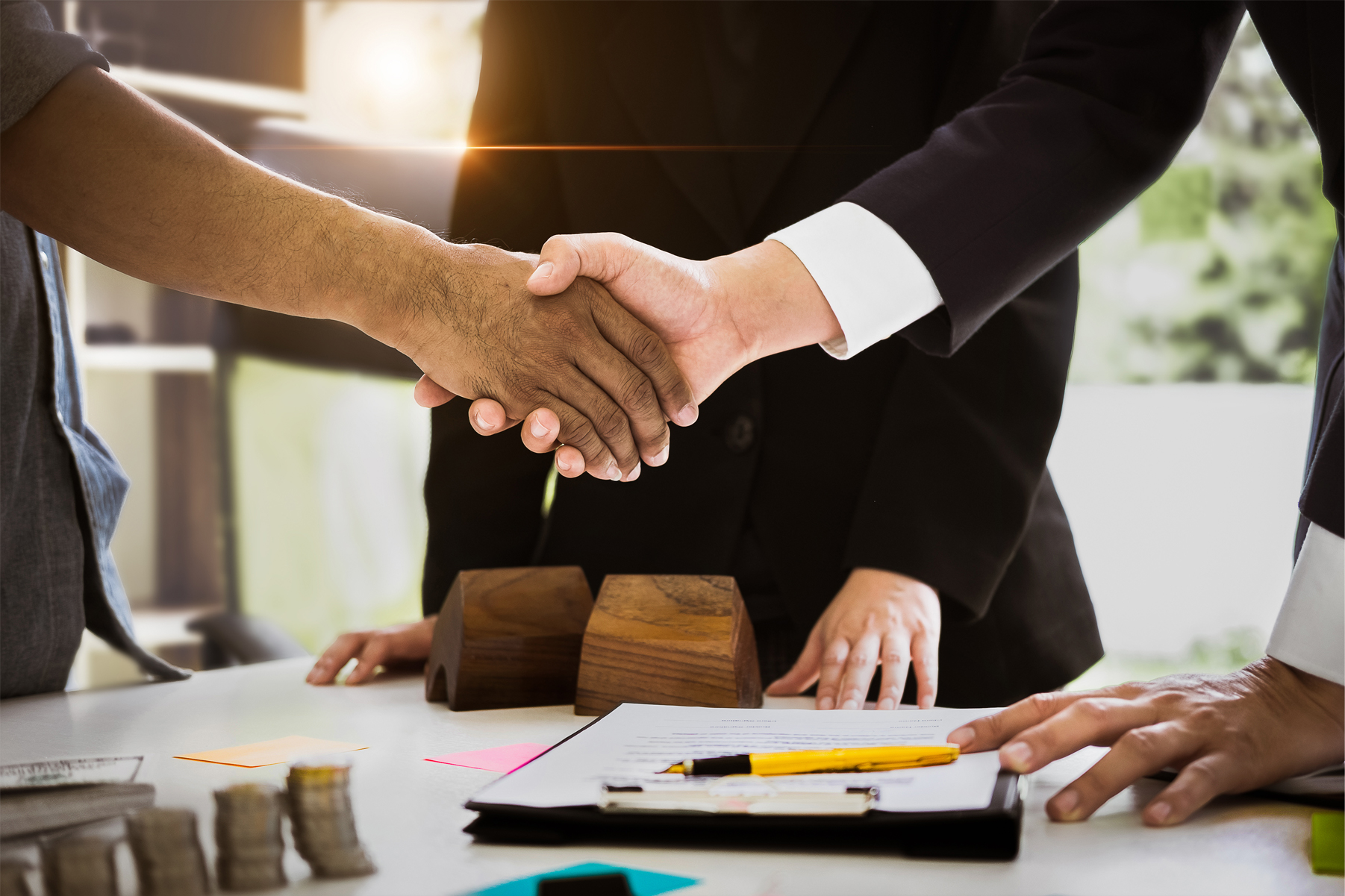 This year's symposium will consist of three panels, followed by Q&A sessions after each panel. The first panel which will take place on March 4th at 4 pm (CST) will be on "Antiracist Policy in Consumer Law" with discussion of bridging the gap between businesses and consumers. The first panel will be followed by a social hour that starts at 5:30 pm. The second panel which will occur on March 5th at 9 am (CST) will be on "Racial Inequity in Lending Practices" with discussion on fintech and recent bankruptcy legislation. The final panel on March 5th will be on "The Government's Role in Consumer Protection" with discussion on the government's interplay with housing, healthcare and businesses. The program will culminate with a keynote speech by Illinois Attorney General Kwame Raoul.

This event will be held virtually using Zoom.

Up to 3.5 Hours of CLE credit available. CLE is complementary this year.

Antiracist Policy In Consumer Law
Bridging the Gap Between Businesses and
Consumers as a Matter of Policy
Thursday, March 4, 2021 - 4:00 PM

Professor Kennedy, a faculty member at the Tuoro Law Center since 2007, teaches civilprocedure, family law, domestic violence, and health law. Prior to working in education,Professor Kennedy was a commercial litigator, an Assistant City Solicitor General inPhiladelphia, a volunteer member of the Independent Commission on the LAPD, and alsorepresented clients in children's right cases and death penalty appeals. She Is also a co-author of the seminal treatise on New York Domestic Violence Law, published yearly byThomas-Reuters. Professor Kennedy's focus, based on her forthcoming article, Reviewingthe Green Book: Seeking Economic Justice In the Face of Enduring Consumer Racism, will be ondiscrimination against black businesses in light of the Supreme Court's recent decision inComcast v. Nat'l Assoc. of African-American Owned Media.

Professor of Law - University of Hawaii

Professor Freeman writes and researches at the intersection of critical race theory andfood policy, health, and consumer credit, exploring her pioneering theory of foodoppression. She Is the author of Skimmed: Breastfeeding, Race, and Injustice and was therecipient of the 2020-21 Fulbright King's College London US Scholar Award. ProfessorFreeman works with the Litigation Committee for Hawaii's ACLU Chapter, the AALS Sectionon Constitutional Law, is the past chair of the AALS Section on Agriculture and Food Law,and currently serves as the co-chair of the Law and Society Collaborative ResearchNetwork for Critical Race and the Law. She is a founding member of the Academy of FoodLaw and Policy and was awarded Community Faculty of the Year from Richardson'sAdvocates for Public Interest Law. Professor Freeman will discuss a chapter she isauthoring for the upcoming Oxford Handbook of Race and the Law titled, Race andConsumer Law.

A graduate of Tufts University and Boston College of Law, Odette Williamson has been astaff attorney at NCLC since July, 1999. Prior to this she was an Assistant Attorney Generalin the Massachusetts Office of the Attorney General where she concentrated on civilenforcement actions against individuals and businesses for violation of consumerprotection and other laws while also serving on the Elder Law Advocates trike Force tocombat unfair and deceptive acts against elderly citizens. She is co-author of NCLC’sForeclosures and Mortgage Servicing.

Racial Inequity in Lending Practices
Financial Discrepancies in the treatment of
Loan Recipients Based on Race
Friday, March 5, 2021 - 9:00 AM

Professor Taylor joined Brooklyn Law School in 2008 and teaches contracts, consumer law,and commercial law. She Is also a national authority in consumer law and credit andemployment discrimination. For 35 years she has consulted for the Fair Lending andWorkplace Equity while writing extensively on the Equal Opportunity Act. She Is a formermember of the Federal Reserve Board's Consumer Advisory Council and has trainedattorneys at the FTC on fair lending and consumer banking. Professor Taylor will discussfintech's role in mortgage lending and how technological evolutions In lending affectminority groups.

Professor Janger is the David M. Barse Professor of Law at Brooklyn Law School, teachingand writing bankruptcy law, commercial law, and consumer credit and data privacy. He Isco-director of the Center for the Study of Business Law & Regulation at the Brooklyn LawSchool. His recent scholarship explores value allocation and governance In Chapter 11cases, cross-border bankruptcy, regulation of important financial institutions, and thetreatment of financial contracts in bankruptcy. He has been a visiting professor at Yale andHarvard and has served as a scholar-in-residence at the ABI. Professor Janger will speak toracial inequities arise due to bankruptcy filing elections and how a new chapter of theBankruptcy Code could resolve this Issue.

Bob Sullivan Is a veteran journalist and the author of five books, including New York TimesBest-Sellers Gotcha Capitalism and Stop Getting Ripped Off! He has won the Society ofProfessional Journalists Public Service Award, a Peabody award, and the ConsumerFederation of America's Betty Furness Consumer Media Service Award. After nearly twodecades with MSNBC.com and NBC News, he's now a syndicated columnist and frequentTV guest while serving as co-host of two podcasts: "The Perfect Scam" by AARP and "So,Bob" - tackling storied of the unintended consequences of technology.

Professor Yinger Is the Trustee Professor of Administration and Economics and also servesas the director of the Education Finance and Accountability Program. He studies racial andethnic discrimination In housing and mortgage markets as well as state and local publicfinance. Professor Yinger will be writing on disparate-impact discrimination – specificallyhow federal prosecutors follow guidelines that have been dramatically affected by theTrump and Biden Administrations. He suggests the Biden Administration shouldencourage the CFPB to place a high priority on searching for disparate-impactdiscrimination by large housing providers and lending Institutions.

Professor Hakstian, MA, PhD, teaches business at both the undergraduate and graduatelevels at Salem State. She has researched and written on topics including race and genderdiscrimination, racial profiling, marketplace discrimination, sexual assault prevention, andmore. Aided by a recent Vermont Law School graduate, Professor Hakstian will write anddiscuss how despite laws enacted to relieve consumers from discriminatory healthcarepractices, they are not perfect protections. She analyzes how Implicit biases of healthcareproviders and the fallacy of race-based science indoctrinated In medical practices havecreated high burdens of proof for successful legal challenges.

Daniel Threet works for the National Low Income Housing Coalition (NLIHC) - a non profitorganization dedicated to ending America's affordable housing crisis. Dan is a graduate ofGeorgetown University, where he earned a Ph.D. in Philosophy. His research in that fieldcentered on political philosophy, distributive justice, and the demands of social equality.Dan has an M.A. in Philosophy from the University of Houston, an M.A. in English fromPennsylvania State University, and a B.A. in Philosophy and English from the College ofCharleston.

Attorney General Raoul earned his undergraduate degree from DePaul and his JDfrom Chicago-Kent. He began his legal career as a prosecutor In Cook County, thensubsequently served as a Senior Staff Attorney for the City Colleges of Chicago. Hehas also been a partner at two national law firms, serving in the healthcare andlabor and employment practice groups.

Among many other achievements, Attorney General Raoul has expandedopportunities for minority and women-owned financial services firms, the IllinoisVoting Rights Act and the addition of a voting rights protection amendment to theIllinois Constitution. He was also a leader in expanding Illinois Medicaid eligibilityunder the Affordable Care Act and is known for his work in support of healthcareaccess.