Democracy in America: The Promise and the Perils 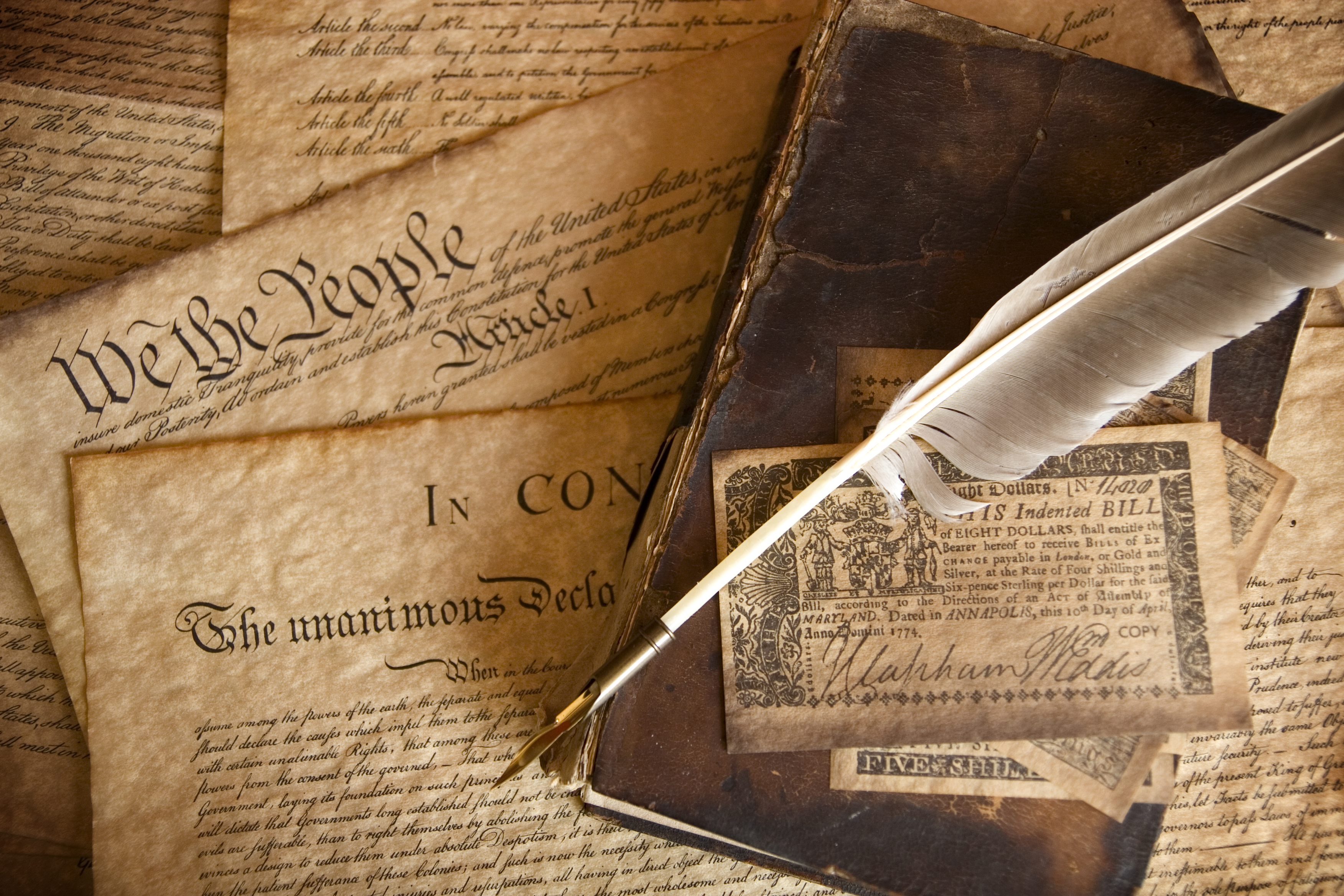 Outside the Ceremonial Courtroom, 10th Floor

The Transfer of Legislative Power to the Executive

The Integrity of the Electoral Process

Stephen Vladeck, University of Texas at Austin School of Law

ABOUT THE CONFERENCE • The Loyola University Chicago Law Journal proudly announces “Democracy in America: The Promise and the Perils” to be held on April 5, 2019.

This one-day conference will explore the existing state of constitutional democracy in the United States. More specifically, this conference will provide an opportunity for an in-depth discussion of contemporary challenges to our constitutional system. Panelists will discuss several of the most important challenges in our system of constitutional democracy, which we have identified as civic literacy, the integrity of the electoral process, the transfer of legislative power to the executive, and the war powers.

CONFERENCE LOCATION • The Conference will be held in the Philip H. Corboy Law Center, Power Rogers & Smith Ceremonial Courtroom, on the 10th floor of 25 E. Pearson St. on Loyola University Chicago’s Water Tower Campus. Validated parking is available in a number of locations adjacent to the School of Law.

REGISTRATION INFORMATION • Loyola University Chicago School of Law is pleased to present this Conference at no charge for Loyola students, faculty, and individuals not seeking CLE credits. For those who wish to obtain credit, registration fees are $50 or $40 for alumni. There is no charge for CLE credit for current faculty, staff or students, and an immediate 50% fee reduction is offered for attorneys working in the areas of government or public interest. Seating is limited and registration is appreciated. Open seating will be available on a first-come basis to those who do not register.

The Illinois MCLE Board approved this program for 6.0 hours of General MCLE credit.

ABOUT THE LAW JOURNAL • The Loyola University Chicago Law Journal is the law school’s primary scholarly publication that is distributed throughout the nation’s law libraries, judges’ chambers, and other various legal organizations. Published continuously since 1970, the Law Journal is committed both to the examination and analysis of current legal issues and problems and to the development of the law. The Law Journal is edited and managed entirely by students and publishes the work of distinguished writers, including academics, practitioners, and judges. The Law Journal also publishes student-written Notes and Comments.

No Charge Loyola students and faculty, and individuals who do not wish to obtain CLE credits

Erwin Chemerinsky is a distinguished professor of law and the 13th dean of University of California, Berkeley School of Law. Prior to assuming this position, he was the founding dean and distinguished professor of law, and Raymond Pryke Professor of First Amendment Law, at the University of California, Irving School of Law, with a joint appointment in political science. He teaches constitutional law, first amendment law, federal courts, criminal procedure, and appellate litigation. He is the author of ten books, numerous articles and writes a weekly column for the Sacramento Bee and monthly columns for the ABA Journal and the Daily Journal. He frequently argues appellate cases, including in the U.S. Supreme Court. In January 2017, National Jurist again named Dean Chemerinsky as the most influential person in legal education in the United States.

Sheila Kennedy is a professor of law and public policy at Indiana University-Purdue University Indianapolis. Professor Kennedy’s research interests focus on civic literacy, civil liberties and public policy, and she has authored and co-authored a large array of books and articles on these subjects. Before teaching, she practiced real estate, administrative and business law, served as corporation counsel for the City of Indianapolis, was the Republican candidate for Congress in Indiana’s then 11th District, and served as executive director of Indiana’s ACLU.

Mark Graber is a professor of law at the University of Maryland Francis King Carey School of Law and is a leading scholar on constitutional law and politics. He teaches a number of courses including constitutional law and development, public law, jurisprudence, civil liberties, among others. He is the author of five books and over 70 articles which have appeared in several law journals. Professor Graber has been one of the organizers of the annual constitutional law “schmooze”, which attracts scholars from across the country to the Maryland Carey School of Law.

Caroline Kaeb is a senior lecturer at Loyola University Chicago School of Law. Dr. Kaeb is a foreign legal advisor at Masuda Funai Eifert & Mitchell, Ltd., where she consults on corporate and compliance matters for foreign companies entering the U.S. market. She serves as the adviser to the UN Secretary-General’s Special Expert on UN assistance to the Khmer Rouge Trials. Dr. Kaeb’s research applies a human rights methodology to questions of corporate responsibility, social impact, and corporate compliance, and her work has been featured in numerous distinguished law journals.

PANEL #2: THE TRANSFER OF LEGISLATIVE POWER TO THE EXECUTIVE

Martin Redish is a professor of law and public policy at Northwestern Pritzker School of Law. Professor Redish teaches and writes on the subjects of federal jurisdiction, civil procedure, freedom of expression, and constitutional law. In addition, he is senior counsel to the law firm of Sidley Austin LLP. Described in a review of his book, Judicial Independence and the American Constitution: A Democratic Paradox (Stanford, 2017) as “the foremost scholar and theorist of American judicial independence,” he is the author and co-author of more than 100 articles and 17 books. In 2016, Professor Redish was listed as the 13th most cited legal scholar of all time. He has appeared as an expert witness before numerous congressional committees and has made frequent appearances in the national media.

Linda Greene is a professor of law at the University Wisconsin Law School. Professor Greene teaches constitutional law, civil procedure, legislation, civil rights, and sports law. Before her teaching career, she was an attorney at the NAACP Legal Defense and Educational Fund in New York City and a deputy city attorney in Los Angeles. She was the first African-American woman to teach at Temple University Law School and Harvard Law School. Thereafter, she served as a counsel to the U.S. Senate Judiciary Committee where she specialized in the confirmation of federal court jurisdiction, proposed constitutional amendments and civil rights legislation across the board. For twenty-five years, she has been a media, political, and legal analyst for a variety of media.

Robert Tsai is a professor of law at American University Washington College of Law and a prize-winning essayist in constitutional law and history. Professor Tsai is the author of three books and his articles have appeared in the Yale Law Journal, Michigan Law Review, Georgetown Law Journal, Boston University Law Review, Iowa Law Review, and Constitutional Commentary. Professor Tsai is working on a major book project that details how presidents seize a leadership role over the development of constitutional rights and liberties. Professor Tsai clerked for High H. Bownes, U.S. Court of Appeals for the First Circuit, and Denny Chin, U.S. District Court for the Southern District of New York.

PANEL #3: THE INTEGRITY OF THE ELECTORAL PROCESS

Nicholas Stephanopoulos is a professor of law at the University of Chicago Law School. His research and teaching interests include election law, constitutional law, legislation, administrative law, comparative law, and local government law, and his academic work has appeared in numerous law journals. He has been involved in several litigation efforts, including the first successful partisan gerrymandering lawsuit in more than thirty years. Before teaching, Professor Stephanopoulos worked in Washington, DC, where his practice focused on complex federal litigation, appellate advocacy (including ten U.S. Supreme Court briefs), and election law, particularly redistricting and campaign finance. Professor Stephanopoulos served as a law clerk for Judge Raymond C. Fisher of the Ninth Circuit Court of Appeals.

Edward Foley is a professor of law at the Ohio State University Moritz College of Law. Professor Foley directs Election Law @ Moritz, a nonpartisan research, education, and outreach program that is a resource for all who are interested in election law issues. He also holds the Ebersold Chair in constitutional law. His book Ballot Battles: The History of Disputed Elections in the United States (Oxford University Press, 2016) was listed as one of 100 “must-read books about law and social justice.” He has written widely on all aspects of election law, including gerrymandering and redistricting reform, campaign finance, and the need for nonpartisan institutions in election administration. His two most recent law review articles were cited by appellants in their opening and reply briefs on the merits to the U.S. Supreme Court in Gill v. Whiford. Before teaching, Foley clerked for Chief Judge Patricia M. Wald of the U.S. Court of Appeals and Justice Harry Blackmun of the U.S. Supreme Court.

Justin Levitt is a professor of law at Loyola Law School, Los Angeles, and is a nationally recognized scholar of constitutional law and the law of democracy. Professor Levitt served as a deputy assistant attorney general in the Civil Rights Division of the DOJ where he supported the work on voting rights and protections against employment discrimination (including LGBT rights in the workplace). His works have appeared widely in law journals and his research has been cited extensively in the media and the courts, including the U.S. Supreme Court. He maintains the website AllAboutRedistricting.com, tracking the process of state and federal redistricting around the country. Professor Levitt served as law clerk to the Honorable Stephen Reinhardt of the U.S. Court of Appeals for the Ninth Circuit.

Stephen Vladeck is a professor of law at the University of Texas at Austin School of Law. His teaching and research focus on federal jurisdiction, constitutional law, national security law, and military justice. A nationally recognized expert on the role of the federal courts in the war on terrorism, Professor Vladeck’s prolific and widely cited scholarship has appeared in an array of legal publications and his popular writing has been published in forums ranging from the New York Times to BuzzFeed. Vladeck, who is CNN’s Supreme Court analyst and co-author of Aspen Publishers’ leading national security law and counterterrorism law casebooks, has argued before the U.S. Supreme Court and the U.S. Court of Appeals for the Armed Forces.

Deborah Pearlstein is a professor of law at the Benjamin N. Cardozo School of Law. A professor of constitutional and international law, her work on national security and the separation of powers has appeared widely in law journals and the popular press. A leading national voice on law and counterterrorism, she has repeatedly testified before Congress on topics of military commissions to detainee treatment. A graduate of Harvard Law School, Professor Pearlstein clerked for Judge Michael Boudin of the U.S. Court of Appeals for the First Circuit, then for Justice John Paul Stevens of the U.S. Supreme Court. Before embarking on a career in law, Pearlstein served in the White House from 1993 to 1995 as a Senior Editor and Speechwriter for President Clinton.

John Dehn is a professor of law at Loyola University Chicago School of Law where he teaches criminal law, criminal procedure, international law, military law, and national security law. His research primarily examines the relationship of international to U.S. law in the areas of military, criminal and national security law, on which he has published an array of articles. He is also examining developments in international law related to threats posed by non-state actors. Prior to joining the Loyola faculty in 2013, Professor Dehn served over 23 years in the U.S. Army, from which he went on to serve as Army judge advocate, chief prosecutor for a military installation, and a faculty member in the department of law at the U.S. Military Academy at West Point.