Loyola’s leadership in competition law and policy continues to expand 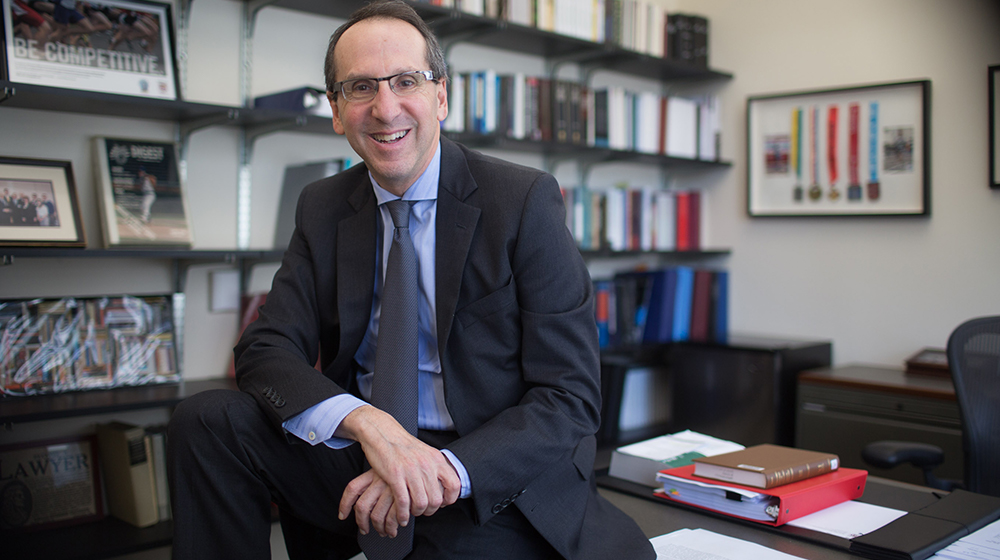 Leading international scholar and expert in the area of antitrust and competition law Spencer Weber Waller has been named Loyola University Chicago’s inaugural Justice John Paul Stevens Chair in Competition Law. The chair was established to further strengthen Loyola’s outstanding reputation and exceptional academic leadership, research, and innovation, in the area of competition law and policy.

Competition laws, also referred to as antitrust laws, are statutes created to protect consumers from predatory business practices by ensuring that fair competition exists in an open-market economy.

Waller has served as a member of Loyola’s full-time law faculty and director of the School of Law’s nationally recognized Institute for Consumer Antitrust Studies since 2000. He most recently served as interim associate dean for academic affairs at the School of Law, a post he held from June 2016–2017.

“Spencer Waller is one of the country’s great pioneers in the area of consumer and antitrust law,” said Michael Kaufman, dean of the School of Law. “His scholarly contributions as an extraordinary leader in this field and as a valued mentor to our students will be felt for generations to come.”

At Loyola, Waller teaches courses in antitrust, intellectual property, civil procedure, and international litigation. He is a member of the Advisory Board of the American Antitrust Institute, and serves on the editorial boards of the Antitrust Law Journal and World Competition Law and Economics Review. Waller is the author and editor of eight books and more than one hundred articles on United States and international antitrust, including Antitrust and American Business Abroad, the leading treatise in the field, and the first full-length biography of Thurman Arnold, the founder of modern U.S. antitrust enforcement.  He is also the coeditor and contributor to Brands, Competition Law and IP (Cambridge University Press 2015). His recent scholarship focuses on antitrust, brands, class actions, high-tech industries, innovation, and intellectual property. In 2014, Waller received the Concurrence Antitrust Writing Award for his scholarship in antitrust. He previously served as associate dean and professor of law at Brooklyn Law School.

“Justice Stevens is one of my personal heroes. I am delighted to have been appointed to a faculty chair at Loyola that is named to honor an extraordinary United States Supreme Court Justice and a distinguished antitrust practitioner,” said Spencer Waller.